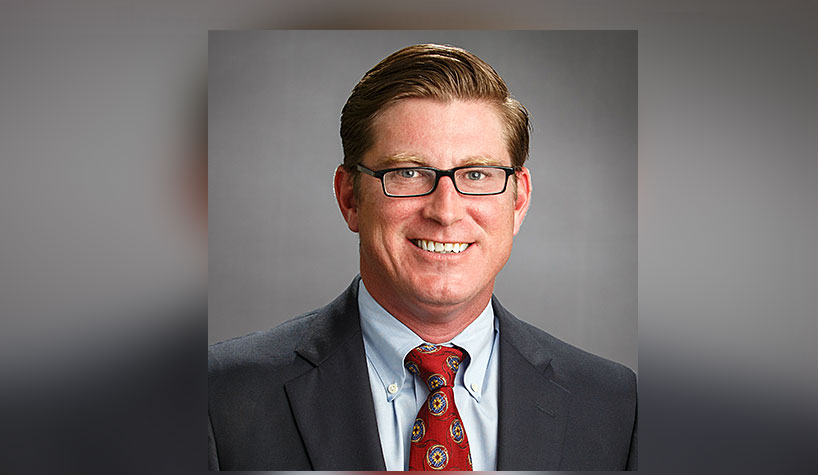 INTERNATIONAL REPORT—McKibbon Hospitality has a new VP of engineering and IHG has appointed  two new VPs in Europe. Here’s a look at recent personnel shifts:

McKibbon Hospitality has added Nick Trainor as VP of engineering.

In his new role, Trainor oversees engineering for the company’s entire portfolio including each property’s maintenance department, ensuring all hotels are operating safely, efficiently and in accordance with regulatory agencies.

He brings more than 25 years of experience to McKibbon Hospitality. Prior to joining the company, he worked as the director of engineering and construction for Chesapeake Hospitality. In this role, he managed numerous new hotel construction and renovation projects for select- and full-service brands including Aloft Hotels, Crowne Plaza, DoubleTree by Hilton, Hilton Garden Inn and Sheraton.

“We are pleased to welcome Nick to our team, and we are confident he will make significant contributions to McKibbon,” said Randy Hassen, president of hotel management for McKibbon Hospitality. “His hire comes at a critical time as we continue to expand our portfolio. We look forward to working closely with him and relying on his wealth of engineering experience to support our continued growth.”

Maxeiner is responsible for driving the sustainable and long-term growth of IHG and the performance of its franchised hotels in Germany, Austria, Switzerland, Benelux, Scandinavia and Poland. Viale is responsible for driving commercial and operations performance across the Southern Europe franchised hotel estate, including key markets such as France, Portugal, Spain, Italy and Turkey. Both roles report to IHG Managing Director Europe Karin Sheppard.

Recently IHG’s VP of commercial in Greater China, Maxeiner joined IHG in 2015, bringing more than 20 years of commercial experience in the hospitality industry, including 17 years with Starwood Hotels & Resorts in regional and global roles. For the past two years, he has led strategic initiatives to drive commercial performance and grow IHG market share in China.

Viale was previously the area general manager for Portugal and brings a wealth of experience to this new role from his 23 years in the hotel business. Over the last 15 years, he has worked in a multitude of positions within IHG, spanning commercial and operations leadership roles both in corporate offices and hotels.

Mondre to Retire from Board of Sabre

Greg Mondre plans to retire from Sabre Corporation board of directors, effective Dec. 31.

Mondre is a managing partner and managing director with Silver Lake and has served on Sabre’s board of directors since March 2007. He currently serves as a member of both the compensation committee and the executive committee of the board.

“Greg recognized the potential of Sabre’s industry leadership when he helped lead the take-private transaction of the business in 2007,” said Larry Kellner, chairman of the board, Sabre. “Since that time, his experience and business acumen have been key contributors to our success, helping position the company for continued growth going forward. I want to thank Greg for his service over the past 11 years, which will continue to have a lasting impact on the company for years to come.”

Sean Menke, Sabre president/CEO, added, “Greg’s contributions on our board have been invaluable. I am personally grateful for his perspective and partnership during my transition to CEO in early 2017, and I wish him well in the future.”

In connection with Mondre’s retirement, the size of board will be reduced to 10 directors, and Joe Osnoss will be appointed to the compensation committee and the executive committee of the board, effective Dec. 31.

Corinthia Hotels has appointed a brand communications manager, Camilla Colley, to lead the development and implementation of the Corinthia communications strategy internationally.

Based in London, she will focus both on the hotel company’s existing portfolio and new launches. She will report directly to Rebecca Barrie, senior director, marketing.

She has held a variety of senior PR and communications positions, most recently as senior account manager at Travel PR, a travel and lifestyle PR company where she worked on, among others, Pride of Britain Hotels, Hoshino Resorts and the Eden Hotel Collection.

Her appointment is one of a number of new roles being filled to ensure the continued development of the hotel’s marketing organization, which is focusing on the Corinthia brand, the new hotels and richer content.

To this end, Lydia Morton has been appointed senior brand marketing manager—to act as a brand guardian for Corinthia—and Carys Kirkpatrick as content marketing manager to oversee all customer-facing digital content.

“We are ensuring that our marketing team best supports the needs of CHI in the future,” said Barrie, who has spearheaded the further establishment of the marketing team since her appointment in the newly created role in April. Corinthia Hotels has an ambitious expansion program, planning to grow from its current nine branded hotels to 50 by 2030.

Lindsey To Lead Development Consulting For The Plasencia Group

Lindsey is based in the firm’s Tampa, FL headquarters, where he supports clients alongside several other team members. Prior to joining the company, he served as SVP of design and construction with Park Hotels & Resorts. Preceding his tenure at Park, he held senior development roles at Sunstone Hotel Investors, Northview Hotel Group and Holiday Inn Worldwide, among others.

“Adding a seasoned veteran like Guy Lindsey to our team allows us to provide a unique set of services to owners who are developing or renovating hotels and who don’t have in­house personnel to oversee such projects,” said Lou Plasencia, CEO of The Plasencia Group. “Guy’s decades of project experience and relationships in the lodging industry have already proven to be invaluable. He has personally managed hotel construction projects as well as major renovations of hotels and resorts, ranging from iconic luxury properties to full-service hotels to select-service properties, always taking a fully holistic approach. Guy will immediately add value while keeping the owner’s interest at the forefront.”