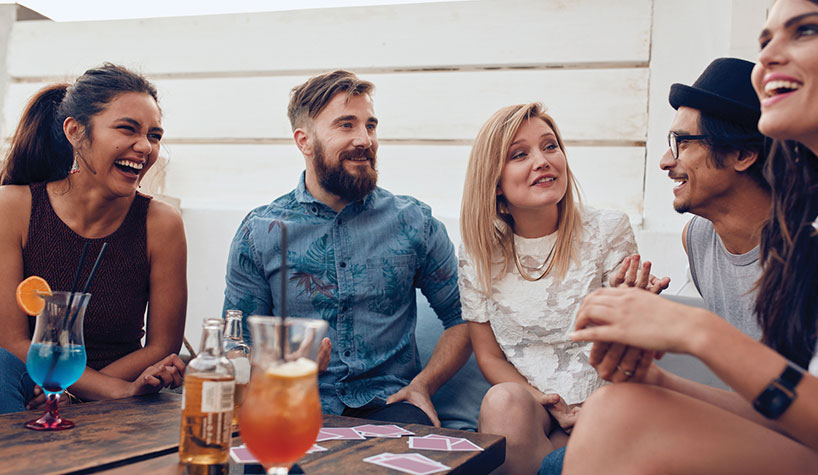 With streaming services like Netflix and Internet of Things (IoT) solutions such as Amazon’s Alexa becoming more commonplace in guestrooms, Domio dove into the streaming services that younger travelers are demanding access to as they travel; their perceptions of Amazon’s IoT devices; and how they are using other technology to assist with their travels this summer.

Among the highlights from the study: 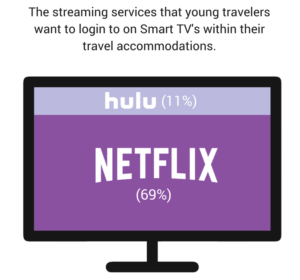 Nearly 70% of young travelers noted that Netflix was the digital video streaming service they were most interested in signing into on a Smart TV in guestrooms. This bodes well for Netflix as it makes strides in the hospitality industry.

Marriott Hotels and Netflix formed a partnership whereby guests staying at select Marriott Hotels will be able to subscribe to Netflix or sign into their existing accounts by using the Netflix app on the hotel’s internet-connected guestroom televisions. Netflix also entered into a partnership with Dish’s Evolve hospitality to offer guests the ability to sign into their Netflix account via 4K, internet-connected TVs in their rooms. In addition, Netflix and Enseo signed an agreement expanding Enseo’s rights to now distribute the Netflix application on select Enseo devices to any hotel in any country where the Netflix service is available.

Previous research found that Amazon Alexa was on 68% of all smart speakers sold last year. Domio’s survey findings indicate that Amazon is also at the top of young travelers minds when it comes to having a smart speaker in their room. Of those that picked an actual brand of smart speaker that they’d be interested in having in their guestroom, 50% picked the Amazon Echo, 35% opted for Google Home and 15% chose Apple Homepod.

Recently, Amazon unveiled Alexa for Hospitality, a new experience offered by invitation to hoteliers that brings the simplicity and convenience of Alexa to hotels, vacation rentals and other hospitality locations.

To find cool stuff to do nearby in their travel destinations, Google Maps was the app of choice for both millennials and Gen Z at 52%, followed by Yelp at 22%. For Gen Z respondents, Snapchat was third—overtaking millennials’ pick of Instagram—supporting the idea that Snapchat is growing in influence for Gen Z.

In addition, young travelers are still going to Facebook for new travel friends. The majority of respondents (42%) noted that they would most likely use Facebook to meet new people as they travel. Facebook-owned Instagram (22%) was next on the list and the third choice was Twitter (8%).