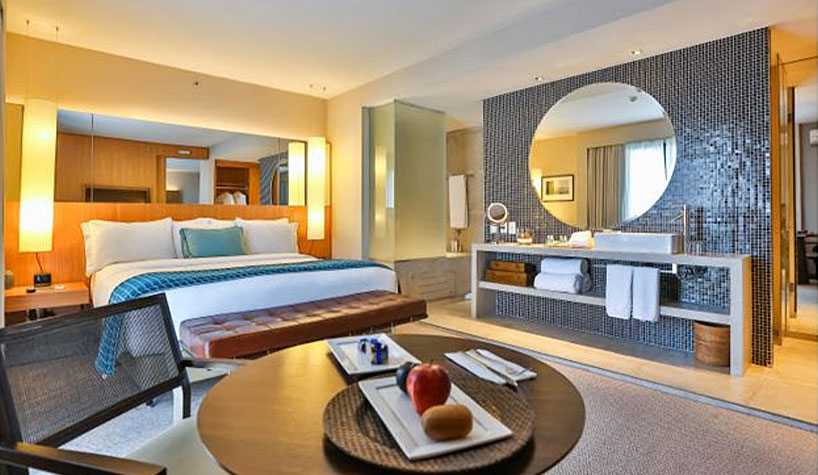 MINNEAPOLIS—Radisson Hotel Group has signed a master franchise agreement with Atlantica Hotels in Brazil. The two companies have held a long-standing relationship for nearly 20 years.

“After 20 years supporting the growth of our brands in Brazil, I am thrilled we have the opportunity to extend our relationship with Eduardo and his fantastic team at Atlantica Hotels,” said Jim Alderman, CEO, Americas, Radisson Hotel Group. “Atlantica Hotels has brought our brands to life in vibrant cities throughout Brazil, playing a key role in our strategic growth plan for Latin America. We are excited for what’s to come as we continue our expansion and prepare to open three beautiful new hotels in gorgeous locations.”

Atlantica Hotels currently has 15 hotels in operation with Radisson Hotel Group in key destinations. Radisson Faria Lima in Sao Paulo, which is now Radisson Blu São Paulo, was the first Radisson to open in Brazil in 2001. The hotel has a modern design and relaxing amenities.

As Atlantica Hotels continued growing its portfolio, it opened the first Radisson Red in Latin America. Radisson Red Campinas offers a one-of-a-kind experience for the modern traveler, according to the companies.

Additionally, three new-build hotels are currently under construction. This includes Radisson Hotel Flecheiras, which is being built near the beaches along Brazil’s northeastern coast with an anticipated opening in 2022. Radisson Hotel São Paulo, Pinheiros is also set to open in 2022. Atlantica Hotels also has plans to open the first Radisson Red in Porto Alegre, the biggest city in Brazil’s South region, in 2023.

“Providing the best hospitality experience at incredible hotels is the heart of what we do, which is why having this relationship with an exceptional hotel company like Radisson Hotel Group has made us so successful,” said Eduardo Giestas, president/CEO Atlantica Hotels. “We have a bright future ahead with aggressive development plans to build and open hotels in more cities throughout Brazil, giving our guests new experiences while creating memorable moments.”