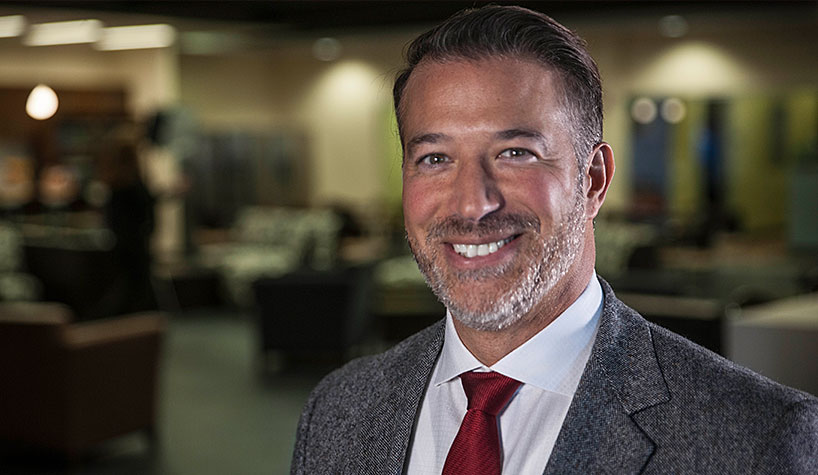 Davidson Hotels & Resorts has appointed of Pete Sams as its COO.

In this role, Sams is responsible for driving operational excellence and profitability for the company’s core portfolio of more than 50 hotels and resorts across the U.S. Functional oversight includes human resources, sales, revenue management, integrated marketing, transitions and operations strategy across all branded assets, Pivot Hotels & Resorts and Davidson Restaurant Group verticals.

A hospitality industry veteran with nearly 30 years of experience, he joins the company from Interstate Hotels & Resorts, where he served as EVP of full-service operations. During his tenure, he was responsible for the company’s overall operational strategy, forging strong owner relations and driving superior hotel performance for a portfolio of more than 100 hotels, resorts and conference centers throughout North America.

Prior to joining Interstate, Sams served as a regional VP at White Lodging, managing a portfolio of full-service hotels under Hyatt Hotels, Le Méridien, Marriott and Renaissance. Additionally, he oversaw the opening of several new construction properties and was the project lead in the development of an internal labor leadership tool and process. He began his hospitality career with Omni Hotels, which spanned 20 years, serving multiple stints as a general manager, including running the Omni Shoreham in Washington, DC.

With this role, Marchese is responsible for building awareness for the Hard Rock brand, developing relationships with key group clients and agencies in the Northeast, and ultimately driving business to the entire portfolio.

As 2020 approaches, she will be a key player in supporting Hard Rock’s launch of music-inspired MICE branded experience programs in January, according to the company. She will contribute to the brand’s growth strategy doubling in five years, and will impact Hard Rock’s dedication to redefining the traditional meeting by immersing groups in locally inspired settings that are “anything but beige.”

Marchese has more than 20 years of experience—predominately in the Northeast, where she has driven market share for high profile organizations with a focus on corporate and intermediary accounts. Most recently, she was the director of global accounts for Sonesta Hotels International. She has a proven track record of increasing group market share with a primary focus on new business development within the corporate meetings market. Her career to date includes senior positions with a corporate growth focus with KSL Resorts, the Ritz-Carlton Hotel Company, Associated Luxury Hotels International and Interstate Hotels.

OYO Hotels & Homes has appointed of Betsy Atkins, CEO and founder of Baja Corporation, as an independent director on the company’s board of directors.

As an independent member of the board, Atkins plays a supervisory role and provides guidance to the founder and the management on key business decisions. She will add value to the board through her strong experience on several aspects of the business, which include corporate governance, driving tech-enabled efficiencies in business operations, as well as ensuring strong business economics, according to the company. She will also play a prominent role in building a culture that promotes and nurtures ‘diversity and inclusion,’ an area that she is passionate about.

At Baja Corporation, she has built three early-stage funds and made early seed investments in consumer and enterprise software companies. Prior to Baja Corporation, she co-founded enterprise software companies in multiple industries including energy, healthcare and networking. She is an expert at scaling companies through the hyper-growth stage and leading them to successful access to the public markets and acquisitions.

Benchmark has promoted Stephen Cullen to regional VP of operations.

Earlier, he served as director of operations for the Carlton on Madison Hotel located in New York City. He has also held the position of general manager at New York’s Fitzpatrick Manhattan Hotel.

Jonathan Nehmer + Associates (JN+A), an architecture and project management firm in the hospitality industry, has revealed that Jonathan C. Nehmer, founder/chairman of the firm is retiring at the end of 2019.

Nehmer took a step back in 2015 to focus on business development and handed over the day-to-day operations of the firm to Warren G. Feldman and Scott P. Rosenberg, who will continue to lead JN+A.

He started his career as an architect for the Marriott Corporation before moving to Ramada Hotels, where he held the position of VP of design and technical services. In 1989, Nehmer, along with his wife Geri, formed his own company to focus on providing project management and architecture services for the hospitality industry. In 2000, he partnered with HVS International to form HVS Design, a leading hospitality interior design firm. HVS Design enhanced their offerings by adding a branding division recently. Today, Feldman, Rosenberg, and Christine Shanahan serve as principals of HVS Design.

Portman Architects has named Chrissy Hyatt as its director of business development.

Hyatt’s responsibilities include expanding the firm’s success providing architecture services to higher education, mixed use and hospitality development companies around the world.

She spent the last 15 years between HBA/Hirsch Bedner Associates and 1213 ID, where she was instrumental in closing numerous interior design projects for the global firms.