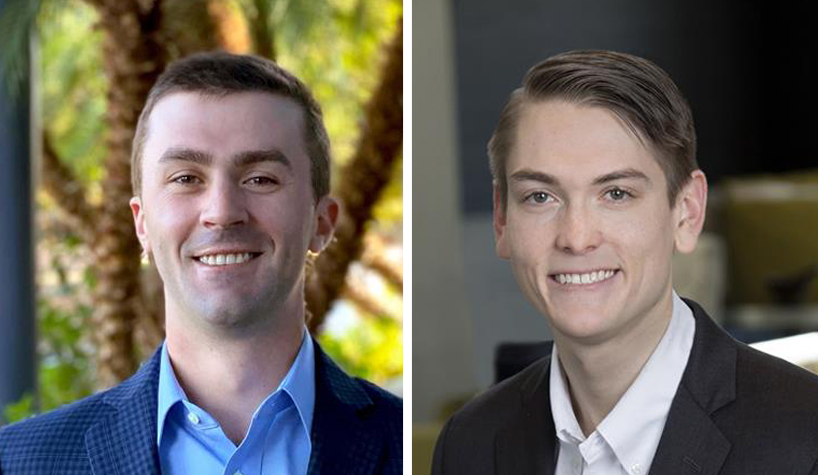 After completing the year-long MIT program, Meakin served as the business development coordinator for the firm where he enhanced owner relations and excelled in delivering timely data-driven recommendations for the firm’s ownership groups, according to the company. In his new role, he serves as a valuable resource to hoteliers pursuing portfolio growth and will focus on identifying opportunities for increased profitability and performance results through HE’s third-party management services.

Tipton previously served as asset manager with one of HE’s affiliates where he worked closely with the management and investor relations team, as well as supported underwriting, marketing and sales. Initially, upon completing the MIT program, he earned a position as assistant general manager at an HE-managed Hilton property. He later stepped in to fill a critical role as task force general manager where he oversaw the completion of construction on a new-build Home2 Suites by Hilton hotel and successfully opened the property.

As Delta Vacations’ new leader, Winters will be responsible for advancing the vacation provider’s strategic position to deliver best-in-class vacation experiences while sustaining employee satisfaction and strong financial and operational performance, according to the company. She will focus on continued stabilization of the operation as the travel industry moves into post-pandemic recovery, as well as the establishment of a long-term vision for the brand, building on the successful relationship between Delta Vacations and Delta.

Winters has been a partner to Delta since 2005, where she served as a client lead with longstanding agency partner Digitas. She joined Delta in 2016 and served in roles of increasing responsibility throughout marketing and digital strategy, including customer relationship management, retail performance marketing and, most recently, product merchandising and content strategy. She also played an integral role in building the foundation of an audience and analytics strategy, powering a more personalized customer experience at every step of the travel journey.

Tim McGregor appointed VP/GM of Inns of Monterey
Inns of Monterey has named Tim McGregor VP/general manager, where he is responsible for all aspects of management, including staff development, guest satisfaction and financial performance for the company’s collection of hotels in California, including Monterey Bay Inn, Spindrift Inn, Victorian Inn, Wave Street Inn and Casa Munras Garden Hotel & Spa. Each of the five boutique properties are located on historic Cannery Row and in Monterey’s downtown historic district.

McGregor brings 28 years of hospitality management and customer service experience to his new post. His most recent position was general manager at Seascape Beach Resort in neighboring Aptos, CA, where he oversaw all operations of the 280-unit, 40-acre, oceanfront resort property.

McGregor replaces hospitality veteran Randy Venard who will retire after a 41-year career in the industry. Venard served as VP/general manager of Inns of Monterey for nearly 28 years.