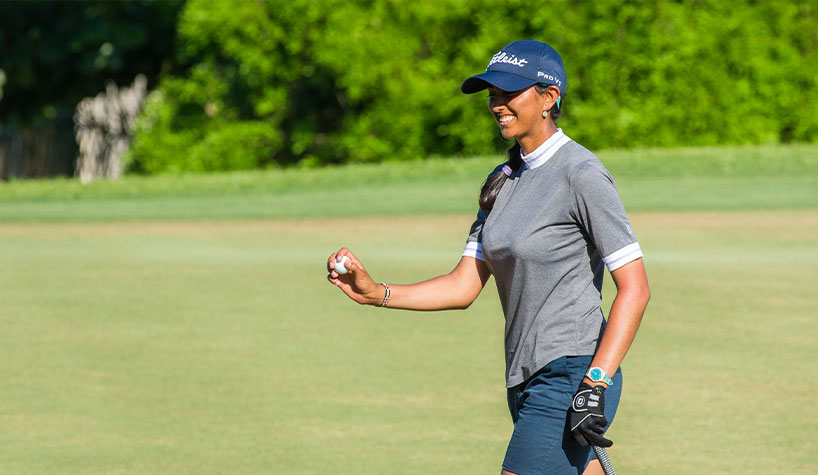 Ashok will display the Radisson Hotel Group Americas logo on her hat, gear and more, while continuing to make strides in her golf career on national television.

She made her Olympic Games debut as the youngest golfer in the field representing India at the 2016 Summer Olympics and finished in fourth place at the 2020 Summer Olympics in Tokyo. She has recorded five worldwide wins (two of these as an amateur), and over 25 top-10 finishes, including a career-best T3 result at the LPGA DOW Great Lakes Bay Invitational in 2021, and in 2018, her 28.67 putting average was the second-lowest putting average on the LPGA Tour.

The package includes excursions such as a private helicopter tour (up to six people) with Blue Hawaiian Helicopters’ Private Charters to take in the natural beauty of the island from the sky; and a ride on Noelini, the 75-ft. Sunseeker Predator luxury motor yacht where 12 guests can enjoy champagne, fresh fruits and pupu treats, as well as exciting water activities such as snorkeling and stand-up-paddleboarding. Guests will arrive both to and from these experiences by a private chauffeur, operated by Platinum Limo.

IDeaS partnered with its parent company, the SAS Institute, along with Pearson VUE, Alpine Testing Solutions and Credly, to provide a global, verifiable approach to proctoring exams and awarding certification to passing individuals.

Recommended for G3 RMS users with at least six months’ experience in the system, this certification program reinforces a revenue management professional’s ability to take full advantage of RMS technology by affirming skills and confidence. Candidates obtaining a passing score will be empowered to advance revenue management careers by adding the globally recognized G3 RMS Essentials Certification credential to resumes and CVs.

Lightstone’s launched its Moxy development platform in 2017 with the opening of the 612-key Moxy Times Square in New York, winner of American Lodging Investment Summit’s (ALIS) Development of the Year. The company subsequently developed the 350-key Moxy Chelsea and 286-key Moxy East Village, both of which opened in 2019. Most recently, Lightstone opened the 202-key Moxy South Beach in February, its first Moxy outside of New York and the first resort-style property for the brand.

Lightstone continues to expand its portfolio of Moxy hotels with two hotels that recently topped out in New York, Moxy Lower East Side and Moxy Williamsburg, as well as a dual-branded Moxy and AC Hotel in Downtown Los Angeles.

Makeready chooses Silverware POS
Hotel and restaurant operator Makeready has begun standardizing the point-of-sale systems at its hotel’s restaurants with Silverware. The Alida Hotel in Savannah, GA (Rhett restaurant, Trade Room bar and Lost Square rooftop); Emeline Hotel in Charleston, SC (Clerks Coffee Shop and Frannie and the Fox restaurant); and The Adolphus Hotel in Dallas (Otto’s Coffee Shop, The French Room and Rodeo Bar) are all running on Silverware POS, and soon the Noelle hotel in Nashville and Halcyon hotel in Denver will follow suit.

All Makeready properties running on Silverware have the capability to support server mobile ordering solutions via iOS, Android or Windows-based tablets, along with guest-facing digital ordering solutions throughout each property to facilitate orders and payments at poolside, the hotel lobby, restaurant, lounge or in-room though a fully integrated ecosystem.

The Emeline is actively leveraging Silverware’s Avrio 4 server mobile ordering platform, and recently added the company’s new Contactless Digital Platform to facilitate room service orders. Hotel guests simply scan a QR code displayed in the room to upload a menu, place orders, and post charges directly to their folios using personal mobile devices. This not only streamlines ordering and delivery, but it enables guests to engage with the hotels through contactless technology. It also lowers labor costs as orders are placed directly into the Silverware POS with no staff interaction.