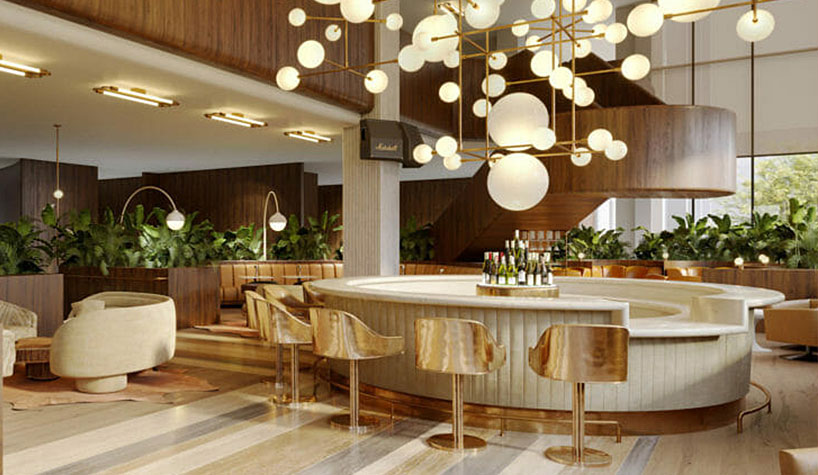 NATIONAL REPORT—New properties have opened their doors in Texas, including one that celebrates the great women of the Lone Star State. Here’s a look:

Located at the western gateway of downtown, the 354-room Curio Collection property honors Charlotte Baldwin Allen, an instrumental figure in the early development of the Bayou City.

A concerted effort was made to involve female decision-makers in the hotel’s development, but to also create spaces that would appeal to the female traveler while naturally intriguing their male counterparts.

The design was created by Lauren Rottet of Houston-based Rottet Studio, as well as Kate Rohrer of Philadelphia’s ROHE Creative.

C. Baldwin guestrooms and suites are outfitted with modern decor and have ample natural light with floor-to-ceiling windows. The interior decor of the property carries its overarching theme to its walls, adorned with original portraits of Houston women with flashy cars shot by local photojournalist Elizabeth Conley. Select corner rooms are outfitted with Peloton cycles, providing active guests with a wellness option in the privacy of their own room.

The hotel’s 14,000 sq. ft. of flexible function space was conceived to host events spanning from society galas and weddings to a range of corporate needs. Each distinctive venue is named after an innovator, including Barbara Jordan, the first African American woman elected to the Texas senate; Adina De Zavala, writer and preservationist; and Port Arthur, TX rock and soul legend Janis Joplin. The largest of 11 spaces, the 5,580-sq.-ft. B. Jordan ballroom, can accommodate up to 650 guests.

The hotel, offering 1,355 sq. ft. of event space, is owned by Dilip Patel and managed by Hotel Equities. The new hotel’s amenities include a full-service bar, outdoor swimming pool and a fitness center. The Fairfield Inn & Suites Houston Brookhollow is located 10 minutes from downtown Houston, 10 minutes from the Galleria and offers travelers access NRG Stadium, Memorial City and Karbach Brewery.

Cambria Hotel Richardson – Dallas recently opened its doors as the sixth for the brand in Texas and the ninth to open this year.

The four-story, 119-room hotel is near several corporate offices, including Blue Cross & Blue Shield, Raytheon, State Farm and an estimated 600 technology companies in the city’s “Telecom Corridor,” like Cisco Systems, Fujitsu and Texas Instruments. Guests can access downtown Dallas, the University of Texas at Dallas and Dallas/Fort Worth International Airport, as the hotel is situated between major area highways and near the Dallas Area Rapid Transit railway. Adjacent to the Cambria hotel is CityLine, one of the most active mixed-use developments in the region, with restaurants, shopping and entertainment options.

State of the Industry Pipeline & Forecasts for the U.S. at the close of Q2 2021   According to the latest reports from Lodging Econometrics (LE), the industry leader for global hotel…
New Resort Coming to Downtown Las Vegas; More Hotels in the Works NATIONAL REPORT—All across the country, hotel companies are planning and developing hotels and resorts. Here's the…
Lightstone to open hotels in New York, L.A. this year Real estate investor and developer Lightstone plans to open two Moxy hotels in New York and…
These Hotels Are Under New Management NATIONAL REPORT—Hotel Equities, Crescent Hotels & Resorts and First Hospitality have all secured management deals. Here's…