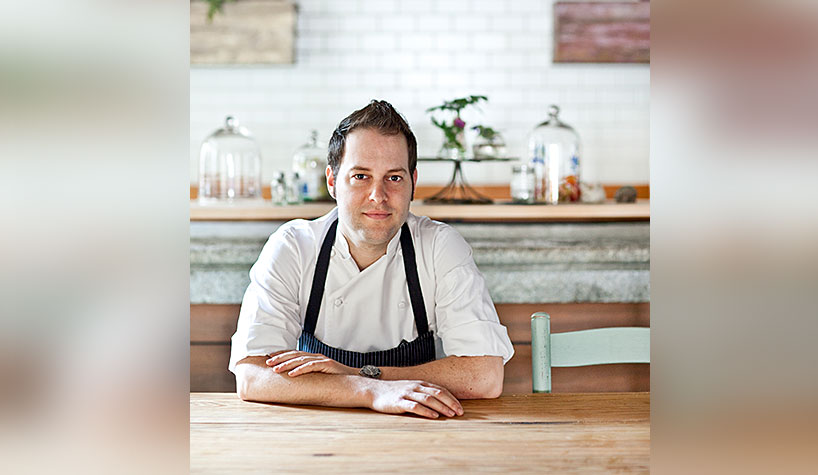 Michael Santoro has been named executive chef at The Beverly Hills Hotel. He will arrive at the hotel on Oct. 17, and will be responsible for overseeing the property’s entire culinary operation, including the Polo Lounge, Fountain Coffee Room, Cabana Café, Bar Nineteen12, in-room dining, and banquets and events.

Prior to this, Santoro was executive chef of the Watergate Hotel in Washington, DC, and introduced a heightened food and beverage offering following its reopening after an extensive renovation in 2016.

Before this, Santoro was the executive chef at New York City’s Andaz 5th AVE flagship property. Throughout his 15-year culinary career, he worked at premier dining establishments around the country, including Blue Duck Tavern in DC, Boqueria and Gilt in NYC, and The Mildred in Pennsylvania. He also spent time working at several Michelin-starred restaurants in Europe, including Mugaritz in San Sebastian, Spain (Two-Star), and Fat Duck (Three-Star) in the U.K.

Yoshino re-joins Grand Wailea from neighboring Maui resort, Ritz-Carlton Kapalua, where he served as the sushi chef for 14 years. His career as a sushi chef started at Grand Wailea, perfecting his food preparation and supporting his team for nine years prior to moving to Ritz-Carlton.

“We love welcoming past employees back into the Grand Wailea Ohana,” said Allan Federer, managing director of Grand Wailea. “It is a privilege to have Tadashi join us with his knowledge of the brand and Grand Wailea’s values. We couldn’t be happier to have such and esteemed sushi chef as a member of the team.”

The world’s largest confectionery emporium and lifestyle brand signed a lease earlier this summer and plans to open the doors to its first Hawaii location in time for holiday shopping. With pop art installations, ultra-sensory displays, and more than 7,000 confections to choose from, Dylan’s Candy Bar will bring bold color and an interactive shopping experience to the retail haven of Hawaii, according to the resort.

“This new outpost serves as our 29th retail location, and we could not be happier to finally bring Dylan’s Candy Bar’s signature sense of whimsical fun to the state of Hawaii,” said Abel Horner, head of retail at Dylan’s Candy Bar. “Dylan’s Candy Bar recently expanded northward, with a presence in Toronto, Canada, to the south, in Charlotte, NC, and to the east—in Kuwait. Going west was only a matter of time and finding the right partner and place.”

Designed by Honolulu-based Ayer Architects, the new Dylan’s Candy Bar location will offer more than 6,100 sq. ft. of prime retail space on Kalakaua Avenue in the Pualeilani Atrium Shops. This open-air shopping destination throughout the atrium of the Hyatt Regency Waikiki Beach Resort & Spa is in the heart of Waikiki Beach, with brand names such as UGG and Urban Outfitters standing alongside local craftsmen and specialty retailers.