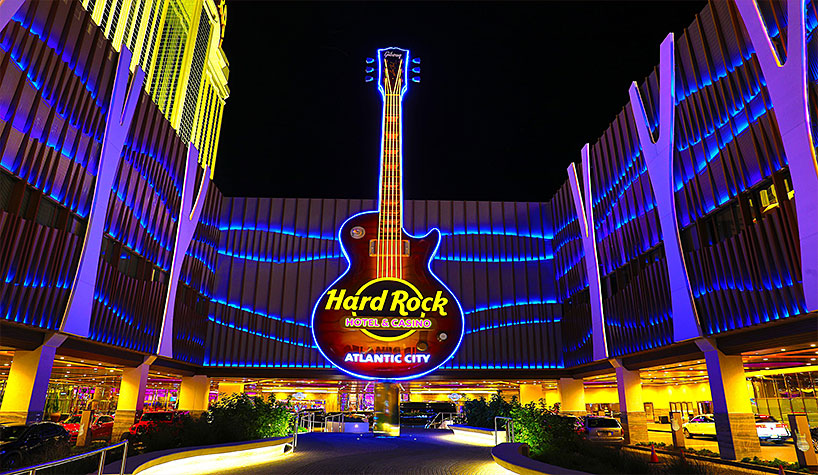 Hard Rock Hotel & Casino Atlantic City has revealed that it will reinvest a minimum of $20 million in capital improvements including suite renovations, the opening of a new Starbucks, additional slots and table games, a new dining outlet and a refresh of beachfront amenities.

“The commitment of these capital dollars from our ownership proves their devotion to enhancing our guest experience, along with the revitalization of Atlantic City and our property which opened after a $500-million renovation less than three years ago,” said Joe Lupo, president, Hard Rock Atlantic City. “Our growth over the past year during unprecedented circumstances speaks to guests’ trust in our property and enjoyment of their experiences, which we will continue to evolve and improve.”

The majority of the investment will go towards renovating 66 Celebrity and 25 Roxy suites. The 91 total suite renovations are being designed by Klai Juba Wald Architecture + Interiors. Additionally, all standard hotel rooms have been improved with new flatscreen television monitors and LED lighting.

The new Starbucks is scheduled to open late May and is located with Boardwalk access adjacent to the Hard Rock Cafe, expanding and elevating customer amenities. Additionally, the resort will unveil a new dining outlet to be announced soon and opening this summer.

Additional gaming units will be created in the Asian and High Limit areas as a positive response to the demand generated from seven consecutive months of gaming revenue growth. The main casino floor and cage areas will also be expanded with added table games and slot machines.

The oceanfront resort will also upgrade its beachfront amenities to reflect the hard work of the U.S. Army Corps of Engineers beach replenishment projects that took place this year. Upgrades will be made to the Hard Rock Beach Bar including new restrooms and more than 1,000 beach chairs.

With headliner entertainment returning, programming and sound enhancements are being made to both Hard Rock Live at Etess Arena and Sound Waves. Other improvements will be made to the resort’s meeting and convention space and the indoor pool.

Keeping It Clean and Safe: Hard Rock Atlantic City and More INTERNATIONAL REPORT—As the hotel industry readies for its reopening from the devastation of the COVID-19 pandemic,…
Caesars to invest $400M into Atlantic City resorts by ‘23 Caesars Entertainment Inc. has revealed a $400-million master plan investment in Atlantic City, NJ, where it…
All Atlantic City Resort-Casinos Close Temporarily ATLANTIC CITY, NJ—All nine of this city's resort-casinos have temporarily suspended operations to reduce the spread…
WhyHotel Secures More Than $20M in Series B Funding WASHINGTON, DC—WhyHotel, an alternative lodging service that operates pop-up hotels in newly built, luxury apartment buildings,…