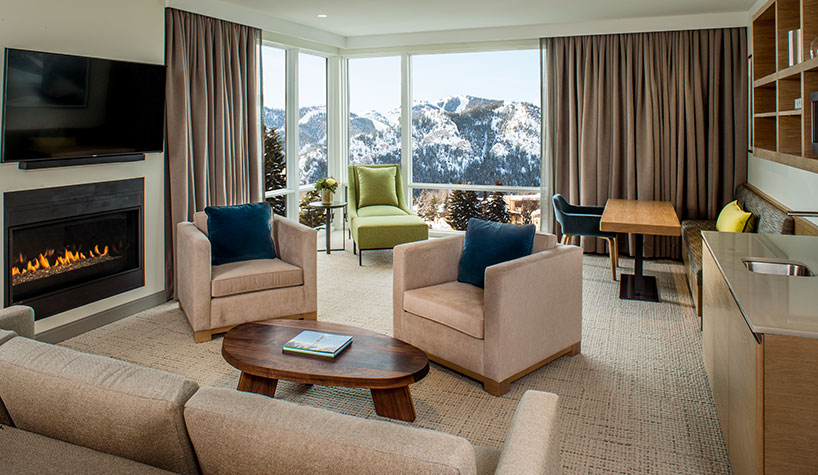 KETCHUM, ID—Nature is at the forefront of this city, located in the Wood River Valley beneath Bald Mountain. It’s also home to the Limelight Hotel Ketchum, a 99-room property, open since 2016.

The mountain lodge was designed with sustainability in mind from the very beginning and, as a result, was recently awarded LEED silver certification by the U.S. Green Building Council (USGBC).

“Very little construction of new commercial buildings had occurred in the city, and when the city council and the community decided to allow development like the Limelight Hotel, they wanted us to be good stewards and to build it energy efficient, environmentally sound and with very high building standards. Hence the LEED silver certification as an entitlement requirement,” said Mark Vogle, project manager, Limelight Hotel Ketchum.

The hotel project’s entitlements with the City of Ketchum required Vogle and his team to achieve LEED silver for the hotel. “We focused on LEED documentation throughout the project schedule so the submission and award only took a few extra months from the time we completed the project,” said Vogle.

As part of the project, owner Aspen Skiing Company was able to gain approval by the town to waive a requirement to snowmelt the entire city block with natural gas. Instead, the Limelight property employs local workers to shovel the walks and avoid burning fossil fuels.

“Aspen Skiing Company has been building smart buildings for over 20 years, focusing on energy efficiency, guest experience, environmental stewardship and overall design and placement in the community,” he said. “We were part of the first LEED Pilot Program and achieved LEED certification for the Sundeck Restaurant on top of Aspen Mountain [in Aspen, CO] in 2000.”

Addressing the city’s concerns about storm water management, Vogle’s team designed and built a subterranean collection and filtering system that captures 100% of the storm water for the entire block.

“This keeps any storm water from entering the city system and cleans the runoff through a natural sediment based system,” he said.

Energy efficiency and sustainability are the hallmarks of a LEED property. Various aspects of the hotel’s operations kept this in mind.

“The building utilized 100% LED lighting along with condensing boilers, Energy Star appliances such as ice machines, efficient kitchen equipment, water-restricted shower heads and toilets, variable speed fans, motors and kitchen hoods,” he said. “Ketchum, ID, has very few recycling options for glass bottles and other containers so the only recycling available for hotel operations is paper and cardboard. All cleaning materials used in housekeeping are environmentally friendly and biodegradable. During construction, we had Action Jackson who picked up all metal waste and recycled to raise money for children’s programs throughout the state.”

Design elements also fit into the LEED silver model. Roughly 70% of the carpeting in the hotel is composed of FLOR carpet tiles, a high content recycled product.

As a result of strategic sustainability efforts, the Limelight Hotel Ketchum team speaks to the “forward-thinking and environmentally active” community in which it resides.

“Hotels are difficult to justify from a financial perspective, especially with the added cost of higher building standards,” he said. “However, selecting the right team, who are dedicated to the value engineering process and who have the experience, can get you to where you need to be.”