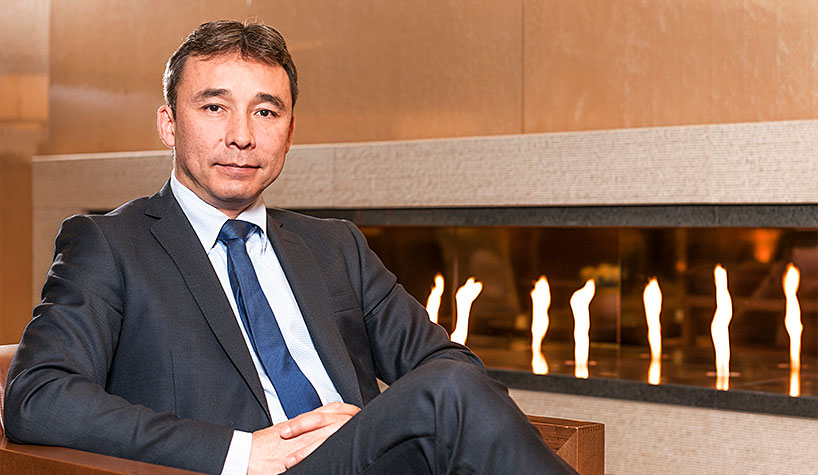 INTERNATIONAL REPORT—Kempinski, Sbe, ALG and Outrigger are adding new leaders to their executive teams covering all areas of the world and a variety of responsibilities, from sales to IT to finance. Here’s a look:

Kempinski Hotels has made a number of executive moves. Riko van Santen has been promoted to chief information officer/member of the management board. Since 2012, he served as VP of digital strategy and distribution at Kempinski Hotels.

In his new role, he oversees the company’s global IT, distribution, guest intelligence, as well as the digital technology. In order to optimize the delivery and integration of software applications and the exchange of data across multi-system environment for all commercial and operational enterprise solutions, his focus will be on architecting the strategic direction of the company’s technology and data infrastructure.

Prior to joining the company, van Santen oversaw 1,100 properties under seven brands ranging from budget to high-end luxury as VP of distribution and e-commerce at Louvre Hotels Group. He began his career gaining experience in the front office and revenue disciplines at the Hotel Okura Amsterdam, followed by revenue management, distribution, IT and digital marketing positions with Pegasus Solutions, NH Hotels and Golden Tulip Hotels.

Most recently, Weber was managing partner at SHS Swiss Hospitality Solutions AG, consulting in commercial performance revenue management, eDistribution, digital marketing and innovation. In his career he has been on the board of directors of various hospitality related companies and hotels.

Janin Blaser has been named VP of brand development to further enhance and strengthen the Kempinski brand around the globe and to consistently translate the company’s mission and vision into its brand identity.

Blaser joins Kempinski Hotels from Wiethe Group GmbH. As head of business strategy and director content factory, she supported international fashion labels such as Hugo Boss, Adidas and G-Star in their brand, content and digitalization development strategies. Prior to her agency experience, she worked at MRP Consult GmbH as director brand development, developing brand strategies for hospitality companies such as Dorint Hotel Group.

Michael Sorgenfrey has been appointed VP operations, Middle East & Africa. He joins the company from his last position as managing director of RIMC Deutschland Hotels & Resorts, a consulting, development and operating company for the hotel industry in the areas of hotel management, refurbishment and marketing support. It is a subsidiary of RIMC International Hotels & Resorts GmbH. As managing director, he was responsible for the operational and strategic management of the 15 hotels in Germany.

Isidoro Geretto has been named VP of finance, Middle East & Africa, based in Dubai. He joins Kempinski from his most recent assignment as financial consultant with Barcli Hospitality Management. His career in hospitality and finance spans more than four decades. In 2013, Geretto became VP of finance and business support, Europe with FRHI Hotels & Resorts, including Fairmont, Raffles and Swissôtel Hotels.

Hayden oversees and directs the finance operations of sbe’s growing portfolio of hotels and residences, as well as the restaurants and nightlife venues operating within the properties. His experience includes more than 30 years of hospitality finance leadership, ranging from on-property accounting functions, to the CFO of an independent, non-branded hotel management company, with more than 30 assets under management. His professional history includes more than 10 years with the Ritz-Carlton Hotel Company, as well as tenure with Destination Hotels & Resorts, Benchmark Hospitality and Faena Hotels & Residences.

Hortal is joining the company after an 11-year career at luxury hotel group Mandarin Oriental, where he served as the group’s director of technical services in Europe, Middle East and Africa. He was responsible for the group’s new hotels, resorts residences and large-scale renovations across the region. Prior to joining Mandarin Oriental, he led the hospitality team at global architectural practice RTKL’s London office.

In his new role, he is responsible for directing projects for both sbe & Accor Lifestyle brands across Asia Pacific.

Brown has more than 15 years of experience working in the culinary scene. Most recently, he was appointed head of culinary operations for the Singapore-based Gypsy Chef Inc. by David Myers, where he led culinary research and development for four of the brand’s restaurant venues in Singapore, Japan and Dubai.

Kremer spent two years on the hotel valuation and advisory team of CBRE Hotels in London and Paris. In this position, he performed numerous valuations and advisory assignments on all types of hotel assets located in France and throughout Europe.

Marks, who joined ALG following the company’s merger with The Mark Travel Corporation (TMTC) in 2018, previously served as EVP of trade sales and engagement for ALG. She is currently an EVP and responsible for travel agent business.

Dumaine is the former president/CEO of CheapCaribbean.com and current EVP of ALG’s B2C-focused vacations brands.

Snisky is the current chief commercial officer of ALG Vacations and will continue to serve in this role with expanded oversight. Prior to the merger with ALG in May 2018, Snisky was responsible for strategic development to grow TMTC’s travel business, both domestically and internationally.

The company also announced the departure of John Hutchinson and Lynn Torrent, who will remain with ALG through the transition of the new executive committee members.

Previously, Burbine was HRIS product and solutions manager at ProService Hawaii. Prior to this she was field training leader/store director for Office Depot Inc., supporting 25 stores in Hawaii and California as well as the store and HR executive team leader for Target Corporation in California.

In his new role, Sanada reports directly to Outrigger’s general counsel, assisting with all legal and related aspects of the company, including providing effective advice on labor and employment law, general commercial transactions and company compliance.

Most recently, Sanada served as director of legal and government affairs as well as assistant general counsel at the Hawaii Employers Counsel. He was previously an attorney with the law firm Imanaka Kudo & Fujimoto, a legal consultant and team leader for the House Labor Committee at the Hawaii State Legislature and a deputy prosecuting attorney for the City and County of Honolulu.

Execs on the Move: Lark Hotels, Vesta, Kempinski; More... INTERNATIONAL REPORT—Hospitality companies are appointing new leaders to their teams. Here's a look at the recent…
Execs on the Move: IHG, Valor Hospitality, Outrigger; More... NATIONAL REPORT—Leaders are on the move across the industry. Here’s a look at the personnel shifts…
People on the Move at Kempinski, Radisson and OLS INTERNATIONAL REPORT—Hotel companies are making appointments across the globe. Here's a look: Kempinski Appoints Cusiter Kempinski…
New CFO at Kempinski; more people on the move Kempinski Hotels has named a new CFO, while Valor and Premier have made additions to their…