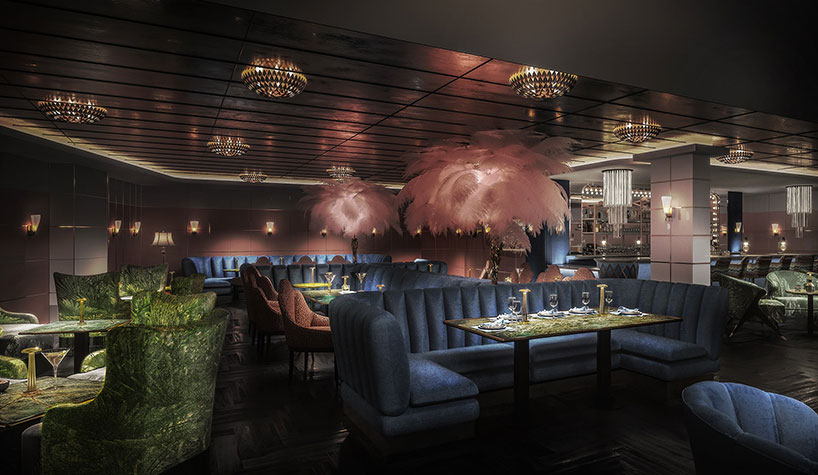 A rendering of The Britely

INTERNATIONAL REPORT—The hotel industry is feasting its eyes on new and reimagined restaurants in Los Angeles, Seattle and abroad in Portugal. Hotels are getting creative with private clubs, innovative concepts and local fare hot spots:

Social Club to Come to Pendry West Hollywood
Opening in 2020, The Britely will reside within Pendry West Hollywood, functioning as a full-service club. Access to its services and amenities are available through a membership which include food by Chef Wolfgang Puck in two restaurants and a cocktail bar, a private rooftop pool and lounge, spa and fitness facilities, private bowling lanes, a screening room, cultural programming with talks and performances and concierge service. Created by Angelenos, The Britely celebrates community and culture. Interior architecture and design firm Martin Brudnizki Design Studio designed The Britely to be an expression of California culture.

Thompson Seattle Sparks Some Conversation
Thompson Seattle has opened its signature restaurant, Conversation. Following a redesign and rebranding of Scout PNW, which closed its doors in January, Conversation showcases new interiors and culinary perspective with all-day dining. The restaurant offers a sensory dining experience to foster conversation—as its name suggests—and ignite a sense of community. Foods from the Pacific Northwest region, including locally grown organic produce and sustainable seafood are some of the choices. Conversation is helmed by Executive Chef Derek Simcik and Executive Pastry Chef Kate Sigel. Designed by Chicago-based Rebel House Design, Conversation is a mid-century modern-meets-contemporary minimalist space that harmoniously layers diverse furnishings to convey the distinctive story of Seattle, with most pieces custom made for the restaurant.

Restaurant Undergoes Redesign in Portugal Hotel
Vila Monte Farmhouse, located in Moncarapacho (Algarve, Portugal) and part of the portfolio of hotels under the management of DHM—Discovery Hotel Management, has reopened the Laranjal restaurant with a new concept and decoration. The products come from the surroundings of Vila Monte, either from the market or from local producers. The menu by Chef Adérito de Almeida together with Chef Daniel de Sousa, consists almost entirely of fish and seafood dishes from the Algarve coast and Ria Formosa. It is a cuisine with Mediterranean influences, ranging from Italy to Morocco, through French cuisine. Another innovation is that most of the dishes are cooked in front of guests. Laranjal Restaurant is located in one of the three buildings of the hotel.

Preferred Hotels & Resorts Adds 13 Properties INTERNATIONAL REPORT--Preferred Hotels & Resorts added 13 new member hotels from May 1 through Aug. 31.…
Hotels Step Up Housekeeping in the Age of COVID INTERNATIONAL REPORT—Keeping hotels clean has always been of utmost importance to property owners and managers, but…
Graduate Hotels, Atlas Obscura Team on Road Trip Experiences CHICAGO—Graduate Hotels and Atlas Obscura have partnered to create guided tours uncovering hidden gems within the…
The Rise of Preventative Medicine in Hotels and Condos MIAMI—Downtown Miami’s newest mixed-use tower, Legacy Hotel & Residences, aims to be a model for how…