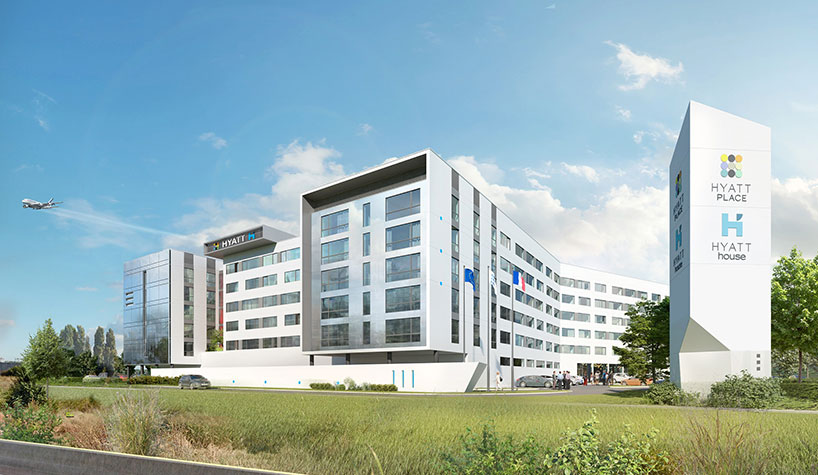 AMSTERDAM—Cycas Hospitality, one of the largest branded extended-stay hotel operators in the U.K., is continuing its international rollout by signing its inaugural deal in France, which will see it manage the first dual-branded Hyatt property in Europe.

The more-than-230,000-sq.-ft., five-story building will have a total of 430 rooms—309 at Hyatt Place and 121 at the Hyatt House extended-stay hotel—with the hotels sharing conference, all-day dining/bar facilities, a gym and a large swimming pool, which is a rare amenity in this location, according to the company.

Hyatt House will be the first extended-stay hotel around Charles de Gaulle airport and follows a detailed feasibility study by Cycas showing that there is a strong market for extended-stay hotels at major airports; Hyatt has also experienced success with similar locations in the U.S.

Developed by Kaufman & Broad, the hotels are set to open in the second half of 2020.

“We are proud to continue our relationship with Hyatt through this agreement, which sees us managing the Hyatt House extended-stay brand for the first time,” said Asli Kutlucan, partner at Cycas Hospitality. This is a major milestone in our international rollout plans, taking advantage of the growing and widely untapped market for the extended-stay concept in Europe to bridge the gap between hotels and home.”

He continued, “With further deals in our pipeline in France and Germany—our next key focus—we are making steady progress toward our target of having more than 10,000 guestrooms open and operating by 2022. These are exciting times and we look forward to announcing further news soon.”

The deal is Cycas’ first, following a major investment from Huakee Group, the Thai family office and a major hotel owner and operator in Southeast Asia. With this backing, Cycas is growing its operations in Europe, including opening its first dual-branded hotel in Amsterdam at the beginning of the year under Marriott’s Moxy and Residence Inn brands.