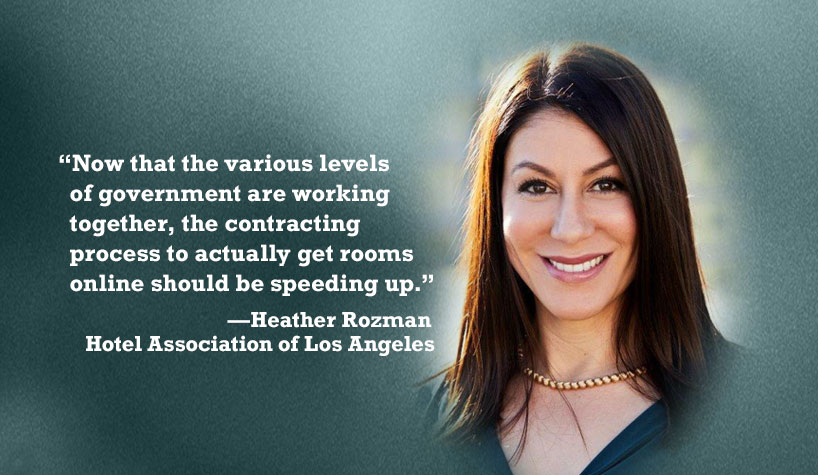 SACRAMENTO, CA—More than 1,100 California hotels have volunteered 145,000 rooms to the California Department of Public Health and other agencies as temporary shelter to support the state’s COVID-19 response.

The effort represents about 24% of all California hotel rooms available to protect and isolate population segments vulnerable to the coronavirus outbreak, as well as housing first responders and healthcare workers who may not be able to go home to their families. Available hotel rooms have grown exponentially over the last several weeks as various levels of the government have worked together with the hotels to expedite the contracting process and get rooms online.

“By working closely with Gov. Newsom and California’s public health leadership, our hotels have responded when they are most needed,’’ said Lynn S. Mohrfeld, president/CEO of the California Hotel and Lodging Association (CHLA). “This is a critical time for our hotels to demonstrate their commitment to their communities and to our state’s well-being.”

The Los Angeles rooms were offered by more than 270 hotels, according to the Hotel Association of Los Angeles (HALA).

“Every day, we’re seeing the number of available rooms increase as hotels respond to the request from public health officials to provide temporary shelter during this pandemic,” said Heather Rozman, executive director of the Hotel Association of Los Angeles. “This is definitely not business as usual. Now that the various levels of government are working together, the contracting process to actually get rooms online should be speeding up.”