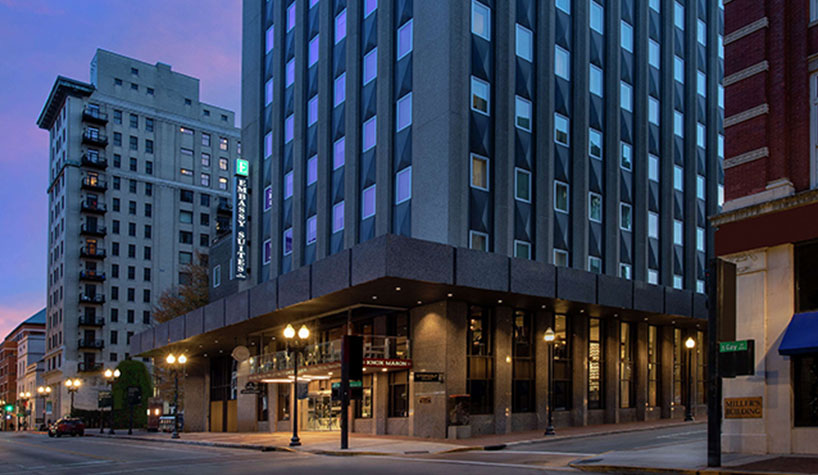 “From being the first to make soap recycling a brand standard and helping to expand it across the Hilton portfolio, to the launch of forward-thinking, region-specific prototypes, the All Suites brands by Hilton have solidified their position as industry leaders,” said Dianna Vaughan, global head and SVP, All Suites brands by Hilton. “It was an exciting decade for the brands, and while 2019 was a banner year, there is no doubt that between entering new regions of the globe and strengthening our position in our established markets, the best is still yet to come.”

Together with Hilton Garden Inn and Hampton by Hilton, the All Suites brands by Hilton launched the Clean the World Challenge, and celebrated its successful completion with the expansion of Hilton’s soap recycling program to properties in more than 70 countries and territories around the globe.

In addition to the All Suites brands collective accomplishments, each individual brand reached notable milestones in 2019, with innovative building methods, debut locations and milestone anniversaries, and is pushing toward new achievements in 2020.

Embassy Suites by Hilton celebrated its 35th anniversary in 2019. The brand’s Atrium Refresh renovation program continued to pick up steam, and the brand closed 2019 with more than 75% of its hotels featuring interiors under six years old. It is on track to complete the program in 2020.

Last year, Home2 Suites by Hilton explored diverse building methods, including modular construction with the opening of Home2 Suites by Hilton San Francisco Airport North, and further expanded its collection of multi-brand properties. The brand continues to grow at an impressive rate and is slated to open its 400th property in the first quarter of 2020 and is on pace to open about 90 more properties within a year.

In the fourth quarter specifically, the All Suites brands by Hilton continued to expand into key areas for business and leisure travelers, including downtown and suburban areas, as well as airport and convention center locations. Notable openings include the following: