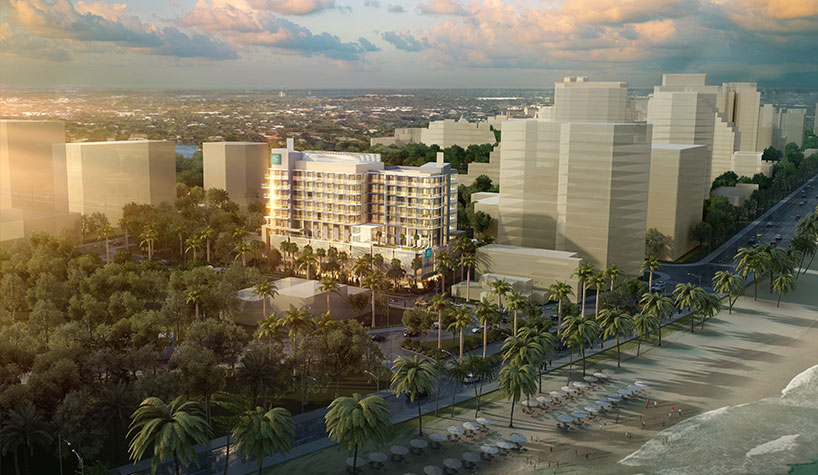 Allegiant’s leadership team and local officials will celebrate the groundbreaking for Sunseeker Resorts Charlotte Harbor on March 20 in Charlotte, FL. The event will signal the official start of construction for the project’s first phase. This inaugural resort under Allegiant’s Sunseeker Resorts imprint is anticipated to be a transformative, catalyst project for hospitality and tourism in Charlotte County. The resort’s initial phase will feature approximately 500 hotel rooms and more than 180 extended-stay suites. Construction is anticipated to be complete in 18-24 months.

Kerioth Corporation celebrated the official start of construction on the AC Hotel by Marriott and adjacent companion restaurant on March 7 in Ridgeland, MS. The $31-million combined hotel and restaurant is being built at 221 Township Ave. in Ridgeland’s The Township at Colony Park. The AC Hotel will be the fourth hotel in The Township at Colony Park and is slated to open in the fall of 2020. McKibbon Hospitality, headquartered in Tampa, FL, has been selected to operate the hotel.

EJF Capital LLC has joined Tidewater Capital and Graves Hospitality to develop Marriott International’s new Moxy hotel in the Uptown neighborhood of Oakland, CA. Uptown Oakland qualifies as an Opportunity Zone under the Tax Cuts and Jobs Act of 2017 and offers investors tax benefits to create economic growth. The planned Moxy hotel, which is slated to open in 2021, consists of 173 rooms and targets millennial travelers. EJF is providing equity capital for the project primarily from EJF OpZone Fund I LP, a fund formed by the global alternative asset manager last year specifically to invest in new-construction projects within opportunity zones. San Francisco-based real estate investment manager and developer Tidewater Capital led the effort to entitle the site and will manage the construction process.

Cicero’s Development Corp. has been selected by Weglarz Company for the transformational renovation and rebranding of the Holiday Inn Midway hotel, located in Plainfield, IL, close to Chicago’s Midway International Airport, to the DoubleTree by Hilton Midway. The multi­stage renovation calls for updating the four­-story building’s 145 guestrooms and suites and corridors to DoubleTree branding standards. The hotel’s business center, indoor pool, three meeting spaces, lounge and fitness center will be renovated in a planned next stage. The hotel will remain open to guests during this first stage of the renovation process with anticipated completion in May 2019.