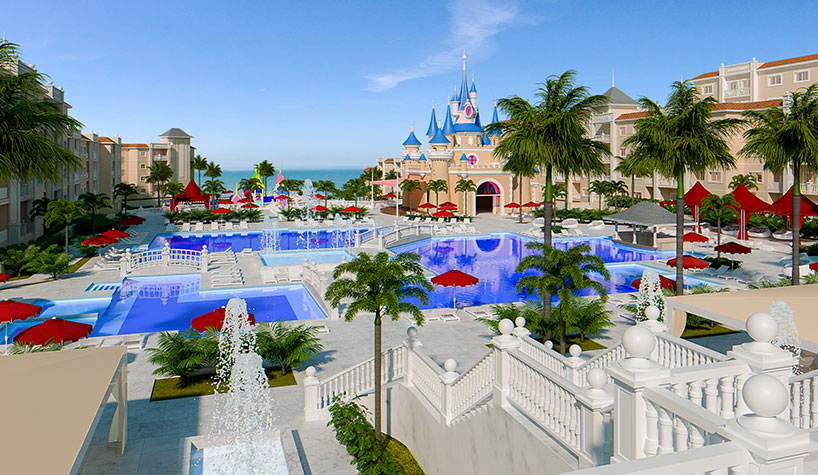 INTERNATIONAL REPORT—Hotels are in the works or have opened around the globe. From a resort in Spain to a Pod Hotel in Canada, here are three projects to watch:

Situated on Tenerife’s Costa San Miguel, the property will have more than 370 rooms, four restaurants and six bars. In addition, the property will offer waterparks, children’s and teen’s clubs, a kids-only Bahia Spa, as well as two swimming pools.

The Pangea Pod Hotel is set to open this month in Whistler, British Columbia. This new style of accommodation plans to make the resort more accessible to solo and budget travelers. Pangea is slated to open in time for Crankworx, a mountain-bike competition, which kicks off on Aug. 10.

The hotel’s 88 independent sleeping pods are divided among eight separate suites. One suite is dedicated to female-only guests. Bathroom facilities are divided into individual components (more than 60 in total) to offer privacy and limit line-ups. These individual components include washrooms with vanities, showers with changing space, standalone vanities, and changing rooms.

Pangea also has The Living Room, a combo of lounge, bar, café and espresso bar. There’s also a rooftop bar and an open-plan secure storage area for recreational equipment.

The 138-room Hyatt Place San Pedro Sula is located in Honduras’ second largest city and is part of Agora Mall with dining, retail and entertainment activities. In addition, the hotel is close to Ramón Villeda Morales International Airport.