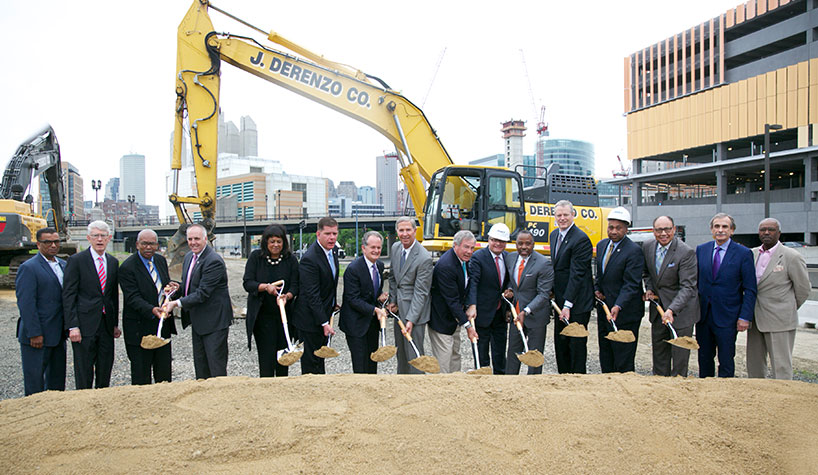 Executives at the groundbreaking of the Omni Boston Seaport Hotel

NATIONAL REPORT—There are shovels in the ground for new-construction projects in Boston and Philadelphia, as well as a topping out for a new-build in Nashville, TN. Here’s a look at what will soon dot the hospitality landscape:

Set to open in late 2020 on the two-acre parcel of Massport-owned land at the corner of Summer and D St., the Omni Boston Seaport Hotel will be a catalyst to the development in the Seaport District, according to the company. The hotel will have 1,055 guestrooms inclusive of 52 suites that will top out at 21 floors. Select suites will showcase views of the Boston Harbor.

Atlanta-based developer Songy Highroads LLC (SHR) in partnership with Hyatt Hotels Corporation has reached a milestone in the construction of Hyatt House Nashville. The 201-key extended-stay hotel located in the city’s West End district has structurally topped out. It is set to open in early 2019.

SHR sought out Wakefield Beasley & Associates to design the Hyatt House Nashville, and Reeves Young serves as the general contractor for the new-build.