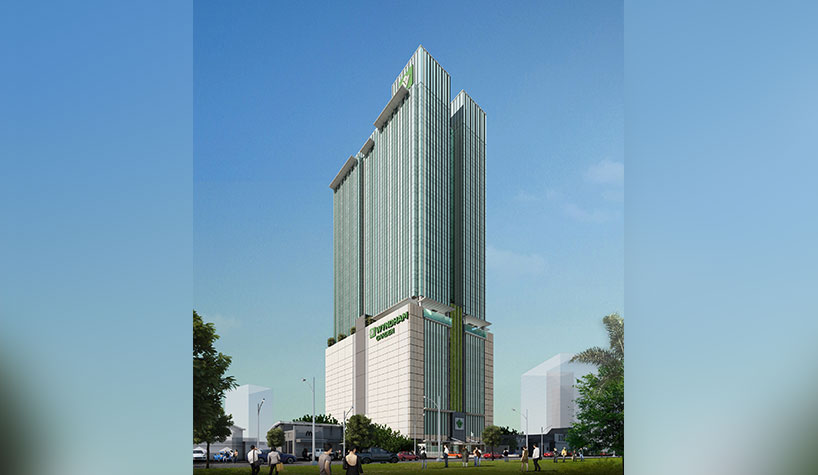 INTERNATIONAL REPORT—Hotel brands are expanding across Asia. Mixed-use developments, brand debuts and resort openings are all part of the recent projects:

Wyndham Garden to Debut in the Philippines

Wyndham Hotels & Resorts is launching the Philippines’ first Wyndham Garden hotel in Quezon City. The new-construction 235-room Wyndham Garden Quezon City is expected to start welcoming guests in 2021. The hotel is being developed by Wellworth Properties and Development Corporation. The hotel will be constructed by its parent company, H.S. POW Construction and Development Corporation. The property will also have a spa, fitness center, pool and food and beverage options.

Fauchon Hospitality, which debuted its first hotel in Paris in September 2018, will open a second property in Kyoto, Japan. The Fauchon Hotel Kyoto will open in 2020 in the center of Kyoto, in the Shimogyo-ku district. The hotel will have 70 guestrooms and suites, as well as a Fauchon Bakery on the street level. Fauchon Hotel Kyoto is part of a services and trademark license agreement between Hotel W Management Co. Ltd., a subsidiary of Wealth Management, and Fauchon Hospitality.

Hard Rock Hotel Bangalore is slated to open in fall 2020. Joining Hard Rock Hotel Goa, the second Hard Rock Hotel in India will be located in Bangalore, known as the Silicon Valley of India. Hard Rock Hotel Bangalore will have Hard Rock’s signature musical design, highlighting the roots of the local culture with one-of-a-kind memorabilia placed throughout the 210-room hotel. The property, which will be licensed by Hard Rock International and managed by Convention Hotels India Private Limited, will also have The Sound of Your Stay music program, the Rock Spa, the Body Rock fitness center, Rock Shop, a pool, fitness center, dining options, a rooftop bar and lounge and meeting spaces totaling 20,000 sq. ft.

Waldorf Astoria Set to Open in the Maldives

Waldorf Astoria Hotels & Resorts, will soon welcome guests to the heart of the South Malé Atoll with the opening of Waldorf Astoria Maldives Ithaafushi. Set to debut on July 1, the all-villa resort spans across three private islands, the hotel is close to Malé International Airport. The property has 122 villas, each equipped with a pool. Each reef, beach and overwater villa will open onto an indoor and outdoor deck featuring a swinging daybed, dining gazebo, an infinity pool, in-water lounge and an outdoor shower. The hotel will also have dining options, pools, a spa and gym.

Park Inn by Radisson to Come to Tashkent, Uzbekistan

Radisson Hospitality AB is adding a new location for the Park Inn by Radisson portfolio with the signing of Park Inn by Radisson Tashkent City Hotel & Apartments in Tashkent, Uzbekistan. The 300-room hotel and 50-apartment project is due to open in 2021 in the capital of Uzbekistan. The partner of this project is LLC “Lotus Gas Invest,” the owner of the brand Real House, a construction company in Tashkent. The space will also have a conference hall, five meeting rooms, a gym, an all-day dining restaurant, a lobby lounge/bar and a Sky Bar. The hotel will have access to the historic city center and International Airport (TAS).

Rosewood Ningbo to Open in China

A Hyatt affiliate has entered into a management agreement with Shanghai Xintian Real Estate Co. Ltd., a joint venture by Shanghai Industrial Urban Development Group Limited (SIUD), Sun Hung Kai Properties Limited (SHKP) and Shanghai Minhang Urban Construction Investment Co. Ltd. for a Hyatt Centric hotel in  southwestern Shanghai. The 186-room hotel is expected to open in 2024. The new Hyatt Centric hotel will be a part of a 7.5 million-sq.-ft. mixed-use development on top of the Xinzhuang Subway Station, comprising residential units, serviced apartments, offices and a shopping mall. The hotel will have a restaurant, gym, pool and meeting rooms.

Marriott to Open 100 Properties Across Asia-Pacific in 2021 INTERNATIONAL REPORT—Marriott International Inc. continues to expand its portfolio, expecting to open 100 properties in Asia-Pacific…
LE: Asia-Pacific construction pipeline, excluding China, down 10% at year-end According to analysts at Lodging Econometrics (LE) the Asia-Pacific, excluding China, pipeline ended the fourth quarter…
Marriott expands South Asia footprint with 22 signings On the heels of the 16th Hotel Investment Conference—South Asia (HICSA 2021), Marriott International has signed…
Radisson Added 84 Hotels Across Asia-Pacific in 2020 SINGAPORE—Radisson Hotel Group overcame significant global challenges in 2020 to expand its portfolio of properties in…