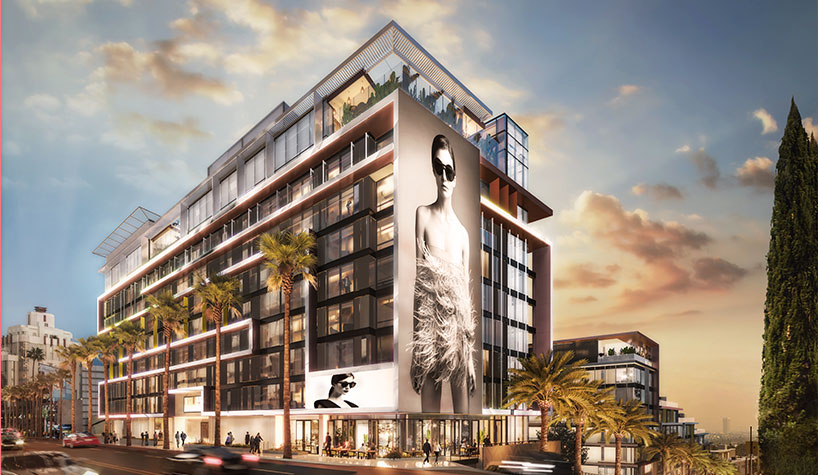 A rendering of Pendry West Hollywood

NATIONAL REPORT—Hotels in development across the U.S. include a Pendry hotel on Hollywood’s Sunset Strip, Montage’s first Northern California property and more.

Pendry West Hollywood
Located at the intersection of Sunset Boulevard and Olive Drive in the heart of the Sunset Strip, the Pendry West Hollywood is expected to open this fall. Debuting as the third addition to the Pendry Hotels & Resorts portfolio, the hotel will consist of 149 luxury guestrooms and suites as well as 40 Pendry Residences by Montage Hotels & Resorts.

Key features of the guestrooms and suites include floor-to-ceiling windows with views of the surrounding heritage oak forest; marble bathrooms with a bathtub and separate walk-in shower; and custom-made honor bars, while some include a patio with a fire pit. The Guest House, the resort’s top suite, will include three bedrooms and more than 4,600 sq. ft. of combined indoor and outdoor space.

The property will offer 26 guestrooms and suites, The Iconoclast bar/café, outdoor patios, and a 1,600-sq.-ft. multi-use meeting space.

The property will also serve the 1.7 million-sq.-ft. office park across the street built by Childress Klein. The five-story hotel sits on a 5.7-acre site that will include a second soon-to-be announced luxury brand hotel.

The SpringHill Suites will have furniture specially designed by West Elm, and a partnership with Society6 will help to curate a gallery in the lobby of local artists.

Home2 Suites by Hilton in Des Plaines, IL
NexGen Hotels will break ground on its first Home2 Suites by Hilton this April in Des Plaines, IL, less than four miles from O’Hare International Airport. The $16-million, five-story hotel has 107 suites and is scheduled to open in the summer of 2022.  NexGen Hotels is the general contractor and developer for the 63,000-sq.-ft. property.  Origination Design of Alpharetta, GA, is the architect, and Genuine Hospitality Group will manage the hotel.

The property will feature suites complete with fully equipped kitchens, an outdoor lounge and patio areas, an indoor saltwater pool and the Spin2 Cycle combination fitness and laundry facility.

Caesars Virginia
Caesars Entertainment has launched the “Caesars For Danville” referendum campaign and committee, marking another step forward in the development of Caesars Virginia, a proposed $400-million premier resort and casino to open in 2023. Danville, VA, voters will have the opportunity to vote yes and bring 900 construction jobs, 1,300 operational jobs and more than $34 million annually to the city.

The resort will include at least 300 hotel rooms, a full-service spa, a pool, a casino gaming floor, a 2,500-seat live entertainment theater, 35,000 sq. ft. of meeting and convention space, and F&B outlets.