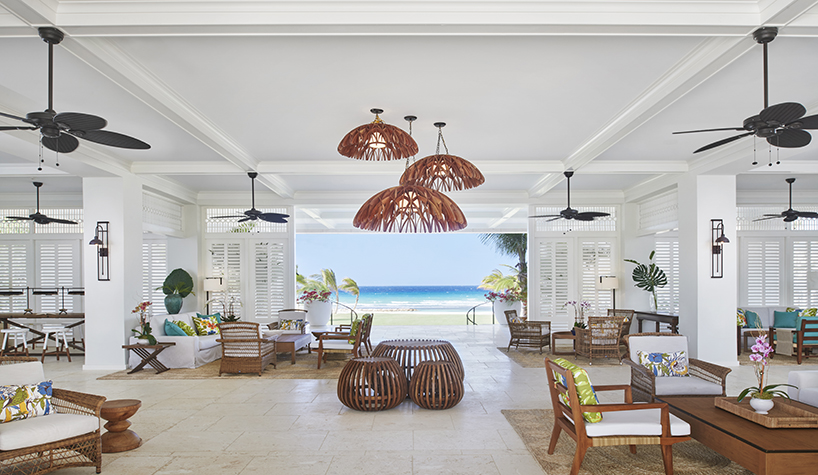 The lobby at Eclipse at Half Moon

INTERNATIONAL REPORT—Recovering from hurricanes that decimated the region, the Caribbean is ripe with newly opened hotels and properties in the works. Here are some of them:

Managed by Salamander Hotels & Resorts, Eclipse at Half Moon was designed by the architecture and design firm Hart Howerton of New York and San Francisco. The center of the resort is its Great House, the property’s arrival experience, which is framed by a large Guango tree. The lobby is set on a rise of 17 ft. above high tide, while the Anglo-Caribbean aesthetic was inspired by Jamaican culture.

Interlink is the developer and in charge of construction of the $50-million project, which includes 231 rooms for long- and short-term guests. The hotel’s 4,000-sq.-ft. restaurant space will feature a ground-floor terrace, which will be open to guests as well as the community at large. The reception and common areas will also be on the first level. The upper floors will house rooms ranging from 434 sq. ft. to 588 sq. ft.

Other amenities include a swimming pool; a playground area with water features, an interior/exterior bar, a meeting space and a fitness center. All guestrooms will include a full kitchen, a work area with desk, and a separate living space.