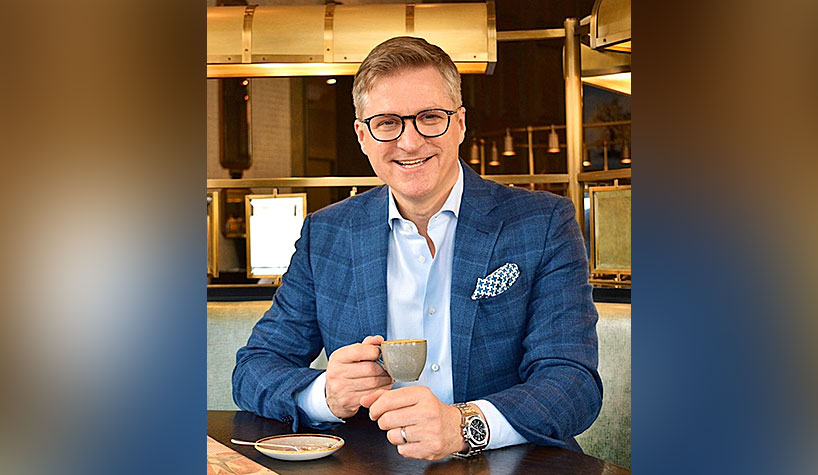 HONG KONG—Langham Hospitality Group has appointed Bob van den Oord as COO to support the company’s hotel operations and core business functions. This is a newly created position at the group which reports directly to CEO Stefan Leser.

Van den Oord brings more than two decades of experience to his new role based at the corporate office here. He was most recently managing director at The Langham, London as well as regional VP, operations (Europe, Middle East and the U.S.).

In his new capacity as COO, van den Oord will oversee the regional VPs, hotel managing directors and general managers to elevate the operational success of the group’s properties in North America, Europe, Asia-Pacific and the Middle East. At the corporate level, van den Oord will steer the food and beverage, spa, rooms and quality divisions to ensure that the hotels around the world meet or exceed operational, guest service, strategic, branding and fiscal plans, while maintaining the highest standards of regulatory compliance.

“Bob has been instrumental in guiding our flagship hotel in London to new heights in a highly competitive market and we have the utmost confidence in his expertise and abilities to lead our global operations team,” said Leser. “His outstanding reputation, luxury expertise and enthusiasm for our brands will position them for success well into the future.”

Throughout his career, van den Oord has been involved in all aspects of managing successful hotels in major cities around the world. At The Langham, London, he effectively grew the hotel’s revenues significantly on an annual basis, brought to reality the modern “pub luxe” concept and a popular cooking school, and oversaw the completion of the successful renovations of the hotel rooms, suites and The Langham Club Lounge.

The promotion to COO also represents a homecoming of sorts for van den Oord. Prior to his tenure in London, he was managing director at The Langham, Hong Kong which, during his leadership, was named a five-star hotel by Forbes Travel Guide and the signature Chinese restaurant T’ang Court attained the coveted three Michelin stars. He also concurrently took on the corporate role as VP, brands at Langham Hospitality Group and played an integral part in shaping the brand guidelines for both The Langham Hotels and Resorts and Cordis Hotels and Resorts. He first joined the group in 1999 as resident manager of Le Meridien Boston (now The Langham, Boston).

“I am honored to lead as COO for Langham Hospitality Group as it has been an important part of my life for more than 20 years,” said van den Oord. “As we look toward long-term recovery, future growth and opportunity for our group and industry during these challenging times, I feel incredibly fortunate to work with outstanding colleagues who are dedicated and passionate in their service delivery and care for our guests and each other.”