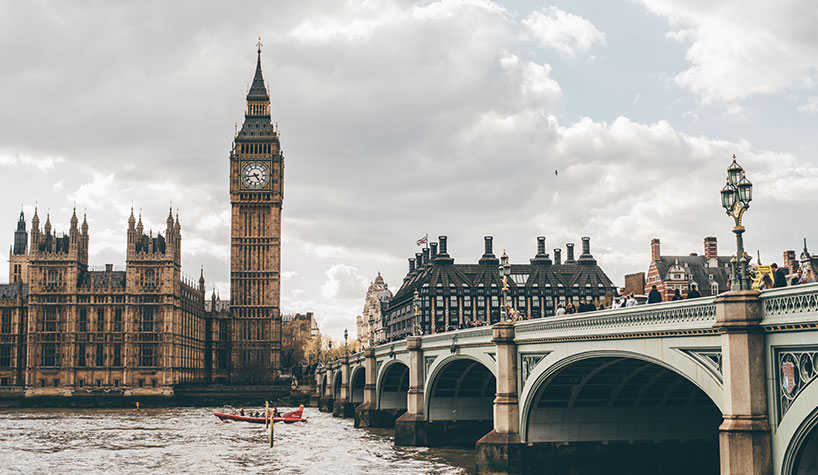 This comes despite continued challenging market conditions, including accelerating costs and a decrease in profit margins according to the latest “U.K. Hotel Trading Performance Review 2019″ by global property adviser Knight Frank.

Knight Frank’s annual report, in partnership with HotStats, analyses the revenue, cost and profitability of hotels in the U.K. from a sample of 117,000 rooms. The report also identifies the top 15 performing regional cities with the top five including Edinburgh, Oxford, Brighton, Cambridge and Manchester, which have been strengthened by the domestic staycation market and the trend toward millennials prioritizing spending on experiences rather than consumer goods.

London’s robust performance is due to increased demand for leisure, with occupancy levels one of the highest in Europe currently running at 81.4%, while the regional cities saw average occupancy levels of 77% for the 12 months to September 2019. The report reveals the increasing polarization between regional U.K.’s secondary cities and the top 15 performing cities, with the latter achieving an average occupancy of 81% for the 12-months to the end of September 2019. The cities of York, Reading and Brighton were named as the top three cities in terms of TRevPAR growth. The cities of Edinburgh, Manchester and Glasgow proved their resilience with respectable TRevPAR growth, despite strong supply growth, benefitting from having a strong mix of year-round leisure and corporate drivers.

U.K.-wide profitability has been impacted by operational costs, which are currently rising at a faster rate than revenues, with staff costs having increased by 5.1% in London and 6.3% in the top 15 regional cities due to the rise in the National Living Wage over the past 12 months.

Karen Callahan, head of hotel valuation at Knight Frank, said: “The U.K. hotel sector continues to show a robust trading performance, driven by strong inbound tourism, the growth in staycations and more frequent, short-stay leisure trips, with London and some of the top regional cities demonstrating significant outperformance over the wider regional U.K. hotel market. However, there is no doubt that we are in the midst of a challenging market with spiraling operating costs and staffing in particular the main issue of concern, with many operators affected by the increased National Living Wage and a smaller pool of staff.  Meanwhile, sharpening yields in recent years have masked the full impact of increased operating costs on market value.

“We retain a cautious outlook for 2020, anticipating continued growth in RevPAR, but with weaker growth in GOPPAR. Aside from the current market uncertainty of Brexit and the General Election in the U.K., continuing pressure on payroll costs will be the major challenge facing the industry in 2020 and beyond,” she added.