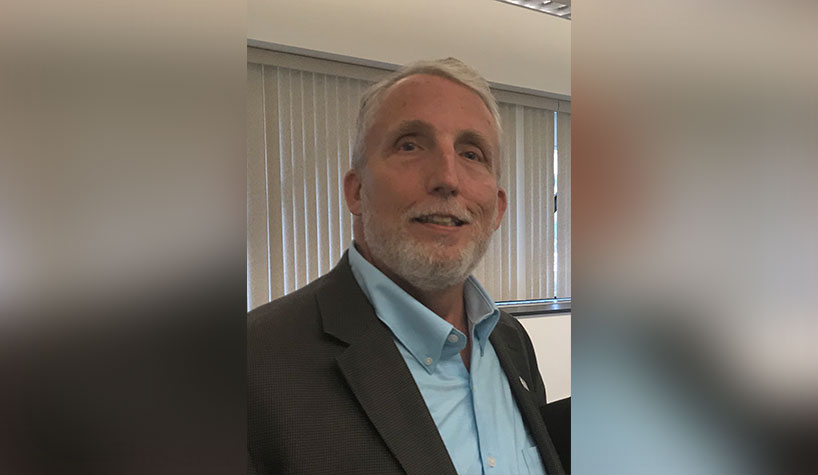 The hospitality industry has one driving factor to help determine how each property should prepare for possible terrorist or organized criminal activity either against their facilities or, within their facilities, targeting guests. It doesn’t require a prognosticator of biblical proportions to know the answer. Like everything else: Location, location, location.

Cyberterrorism
The threats to persons within the hotels and other venues is not always physical. An increasing risk to those traveling is cyberterrorism. The theft of data, the hacking of software and other cyber-related crimes continue. Industrial espionage is alive and well, traveling the world in search of secrets.

Travelers themselves must take a great amount of the responsibility for securing their data. Still, the venues themselves become a co-target. If the bad guys want to hack the cyber-world of guests of a hotel, their first stop is to hack the system of the hotels themselves. The hospitality industry needs to know the price tag for such consultation is not going to be inexpensive, but there will be much fewer dollars going out in payment to the consulting firm than out the door through cyberspace if the bad guys get in.

Cyber-based industrial espionage is already prevalent. If your venue has a WiFi system, you have a security issue. There are too many security software programs offering the moon and the stars. Recently, it was found the primary maker of one of those programs was from Russia and held back doors for hackers to enter. Avail yourselves of a security consultant who will bring a true expert online.

Biological Threats
Bioterrorism…so lethal, so uncaring as to those it strikes, it seems too barbaric to believe. Already the conspiracy theorists have it all mapped out how the coronavirus was an over-reaching bioterror germ planted on its own citizens by a Chinese germ warfare factory near ground zero of the virus. It was never meant to get out of control but was done for study purposes. It must be true. Uber drivers in Las Vegas are certain of it.

Still, travelers travel, whether there is a risk or there is not. They will go someplace. What may be a death knoll to a hospitality venue in one country could be ringing out celebration of new birth in another. With the travelers come their risks. Their cyber risks, their biological pandemic risks, their criminal targeted risks all come with them. If you invite them, they will come. The one common denominator is: All travelers have baggage and not all of it holds clothing.

What can or should a venue do to protect itself from such biological risks? Consider how a rumor of bed bugs in a hotel travels. One room has them, but the story becomes they are crawling across the lobby floor and resting on the front desk clerk’s ink pen. Imagine the possibility of an airborne respiratory infection being attached to the venue. A similar analogy could be made for restaurant venues. One rumor of E. coli or salmonella is as if a sign of doom hung over the doorway. The answer is both complex and simple.

A hospitality venue is not like a nation that can restrict access at its borders for those who appear ill or risk carrying an infection. There are some forms of biological warfare which, if waged against regions, keeping the venue open will be the last of the worries. Do what you can about the risks you can manage. There are no shortcuts in room cleaning, and sterilization of common areas, bathing areas, pool areas and water fountains. The cleaning crew must know their jobs and understand the very important role they play within the organization. The days of considering housekeeping a demeaning job have to be put in the past. Crews should be equipped, trained and paid in a way that reflects the sensitivity of the job they do.

The same is true for restaurant kitchen staff. Violations of health regulations cannot be tolerated, but examples of superior care for the customers’ meal, as well as the cleanliness of their glasses, tableware and plates, should be rewarded. If a customer or guest is found to be ill with anything that could be contagious, those rooms should be expertly cleaned and sanitized.

Regular inspection and cleaning of air-filtration systems are vital. The best and healthiest of filtration systems should be used. Cutting costs in this area is a risk the venue needs not and must not take. Public water fountains should be replaced by available bottled water. Reducing risk will help the bottom line in the long-term.

Is it possible that terrorist groups notice these trends as well and adapt their tactics and timetables to them? Do they use their tactics to drive the economy of one country down while lifting another? Or are they only concerned about their specific targets? Could it be possible that terrorist groups are aware of who owns which hotel and restaurant venues in a given region and seek to destroy the one while enhancing the other?

I have not seen any empirical evidence of such an orchestrated use of terrorism for the control of the hospitality industry. The economy of those venues, regions and even countries is merely collateral damage when it comes to terrorism. The terrorists will attack where their targets gather. With the power the attacks can have to drive the travelers from one country to the next, doesn’t it seem possible they might experiment with such tactics to drive their own economic influence? As sophistication continues to increase among these groups, such experimentation is likely.

Interestingly, there are rivalries between terror groups. To fight over the absolute control of a given state or region is very much part of their daily lives. The hospitality industry can be one more piece to the control puzzle. During the Roaring ’20s in America around cities like Chicago, rival bootlegging and drug gangs fought for control over areas by who could protect the businesses and who could not, and what businesses would pay for protection and those who would not. As America enters its next “Roaring ’20s,” one has to also wonder if the drug gangs of this century might be working the very same angle. Internationally, though, it may not be about drugs, but the currency of the day may be terrorism. What terror groups can protect their business “partners” and which ones cannot? Which of the hospitality venues are willing to be extorted for that kind of protection, and who are not? Recovery from terrorism can be as low as 13 months. Political turmoil, pandemics and environmental disasters can push well into two years. Can your hospitality venue survive two years of recovery? Compared to the cost of protection, which would you choose?

Terror in All Forms
If the bad guys were going to attack your venue, how would they do it? What do the statistics say? The top of the list for the entire global economy is explosives. According to experts, 44.4% of attacks against luxury hotels between 2002 and 2015 were done by explosives. Included in those numbers are explosives attached to a vehicle as the delivery device. Car bombs came in at 31%. Right behind car bombs were what are called multipronged attacks—that is, the terrorist used a combination of methods. For about 30.6% of the attacks, it was a combination of firearms and explosives. Down at the bottom end of the spectrum, one-quarter of the attacks were by firearms only. (*Some categories overlap, giving the impression of being over 100%.)

The first half of 2019 showed 16 attacks on popular tourist sites including restaurants and hotels that were linked to either the Islamic State or Al Qaeda (or their affiliates). Sixteen seems like a low number, but the numbers indicate that is a 60% increase over the same time in 2018. It is important to see where those attacks occurred and how they were committed. Two of the attacks were linked to hotels or the hospitality industry. Three were recorded on Friday, which is only significant if the other 13 were less clustered by day of the week. Five were stabbings and six occurred in the evenings. That is pretty scarce data from which to gain any real insights, but they are pieces for which there is a larger puzzle into which they can be placed. It is the security consultant’s work to complete that puzzle before something bad happens to your hotel or restaurant.

There are physical changes you can make to present less of a target. Hotel and restaurant design needs to now consider hardening assets to prevent or lessen the impact of a terrorist attack. Sidewalk cafés are cute attention getters. They also get the attention of terrorists. Putting your guests right out there to be the first ones struck by a motor vehicle being used as a weapon or a car bomb is horrific. Move the outdoor café in and down with a great view out the back. Vehicle barriers by the main entrances are vital. If possible, move your guest reception area including carport far off the roadway and under cover, behind the vehicle barriers. Cars parked in a drop-off area left unattended must not be permitted. A valet-serviced parking garage off-site is a strategy against car bombs. The list goes on. The point is, sharing information about techniques that work well and about known or suspected attacks is what must happen within the industry.

Managing the Risk of Fraud During COVID-19 By Kevin Doyle When I decided to write this article, I picked up my laptop and…
Hygiene And Other Risk Considerations For Hotel Managers Emerging From Pandemic By Mark Lee The coronavirus has resulted in a year like the hospitality industry has never…
Mitigating Risk and Overcoming Obstacles of Returning Employees By David Wald The hospitality industry has had a difficult and exhausting year to say the…
Can Hotels Mitigate the Liability Risk of Operating During a Pandemic? By Randall Bassett and Drew Bell As states reopen their economies and federal officials debate protection…