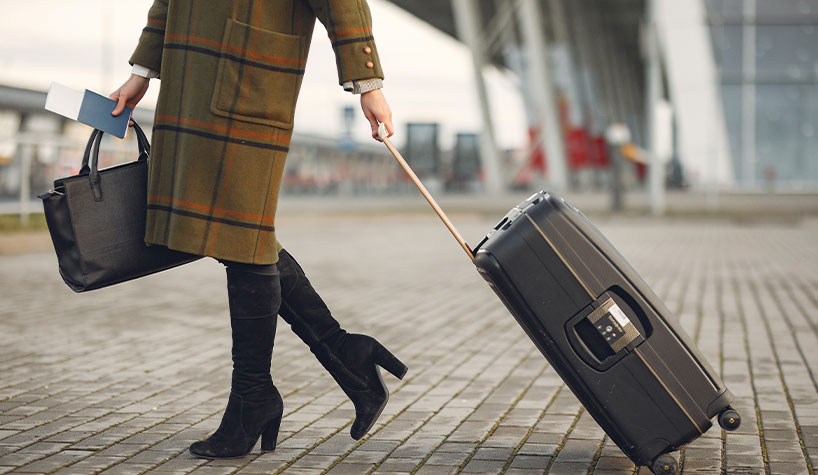 Additionally, of those respondents who travel most frequently (more than once a week), 60% said the effect had been positive vs. 21% said it had been negative. And of those 55 and older, 47% said the impact was negative vs. 8% who thought it was positive.

The nature of this question asked about the more general impact of the lack of business travel on business. But when asked how much revenue, if any, their business lost as a result of business travel restrictions, the answers reveal a different story.

Just over 16% of respondents stated their business did not lose any revenue due to the lack of business travel and another 18% lost less than 10% of revenues.

In contrast, 45% of respondents estimated their company has lost more than 20% of revenue. Nearly 14% lost 40% or more. This loss of revenue can impact a company’s ability to stay afloat, let alone grow.

The joys of business travel
Respondents were asked whether they would agree or disagree with the following statement: “My job doesn’t give me as much enjoyment now that I can’t travel for business or business travel is limited.”

A majority (64%) somewhat or strongly agree with the above statement. Just over 20% disagree, and the remainder of the respondents neither agree nor disagree.

Just how much does this lack of enjoyment affect these travelers? So much so that 48% are considering a change in profession. Of those who travel every day, 79% are considering a change in profession. The less frequent travelers are less likely to change careers, with the only majority in those who travel once every two months or less.

A close and related second most popular answer was “bleisure,” the combination of business and pleasure trips often done by tacking a few extra days on to a business trip to explore the area traveled to.

The majority of those over the age of 55 said they miss face-to-face interactions the most, which was third on the overall list of things respondents missed.

The escape often found in travel also ranked high on the list, with 42% happy to get away from their desks and nearly 40% grateful for the time away from home.

The top items negatively impacted from the lack of business travel were motivation at work (40% of respondents), productivity at work (36%) and mental health (35%).

One of the more surprising answers was relationships: 24% felt their relationship with their partner had been negatively impacted.

These new close quarters and remote working environments may very well be why nearly 19% say their relationship with their children has also been negatively impacted. The reality is people are missing external social connections from travel, working in the office and even connections with friends.

Video conferencing’s impact
When asked how ineffective or effective they thought video calls were at replacing face-to-face meetings, the answers were split pretty evenly for and against. Only a little over 13% were indifferent.

Hilton Survey Reveals ‘Travel Memory Deficit,’ Pent Up Travel Demand MCLEAN, VA—After six months of restrictions brought on by a global pandemic, it may be no…
Vacasa survey reveals spring travel trends With the second spring of the pandemic—and the typically beach-bound Spring Break season—now underway, the budding…
USTA: Coronavirus Impact on Travel 9X Worse than 9/11 WASHINGTON—One-third of all jobs lost in the U.S. have come from the travel industry, which is…
Priceline survey reveals workcations are on the rise After a long pandemic year, the overwhelming majority (92%) of Americans will travel, or already have,…