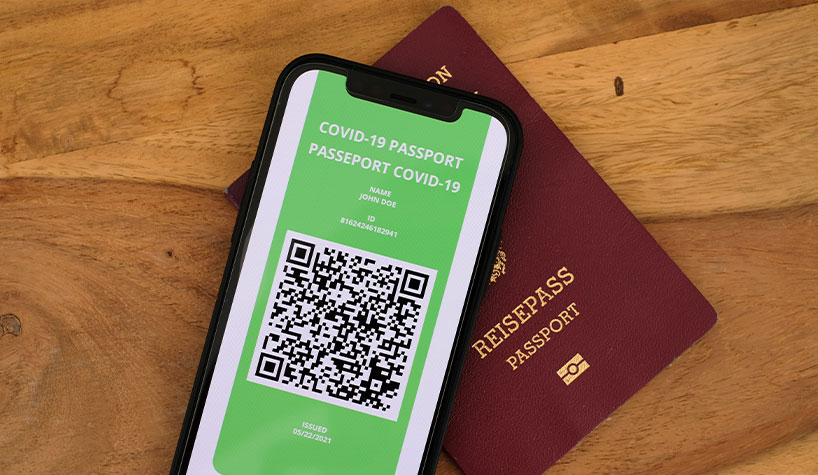 A recent survey performed by Promoleaf in conjunction with Censuswide reveals many business travelers are ready to get back on the road. However, they are also concerned with safety. As vaccine rollouts continue, what’s on everyone’s mind is not if business travel will return but what it will look like and how companies will ensure the safety of those who travel for business.

First, respondents were asked, “What precautions would you want in place to be comfortable traveling for business again?” They were allowed to choose more than one answer. Enforced mask-wearing was the top response at 56%, followed by recent negative tests for all travelers at 53%, increased sanitation at 53%, enforced social distancing at 51% and vaccines for all travelers at 45%.

The cost of vaccinations
When asked if they would pay for an early vaccine if it meant they could resume business travel and how much they would pay, just over 80% said yes, they would pay. How much? While there was a wide range of answers, most would pay between $50 and $300, with nearly 20% willing to pay between $300 and more than $500.

A second passport
One of the simplest solutions to enabling people to travel again is a vaccination passport. This could be carried in a digital wallet on a phone or be a physical passport, but the purpose is essentially the same: before traveling, an individual could easily “prove” they’ve had the vaccine.

At least 67% of survey respondents liked the idea. The lowest level of those in favor of passports at 41% and the highest level of indifference at 28% came from the youngest age group, those between 16-24, and arguably those at the lowest risk for severe symptoms and complications from COVID-19.

Paying for vaccinations
The question then becomes: “If a company does require a vaccine, who should pay?” Respondents (715) who felt a vaccine should be required were asked this question and allowed to choose more than one answer. Most (65%) thought that the company requiring the vaccine should pay, followed closely by the government at nearly 50%. Just over 32% felt the individual should pay.

Keeping it in the family
A common concern is the passive spread of COVID-19. Even someone who is immune or has had the vaccine can carry the virus to others. In light of those concerns, respondents were asked if the families of travelers should be vaccinated as well.