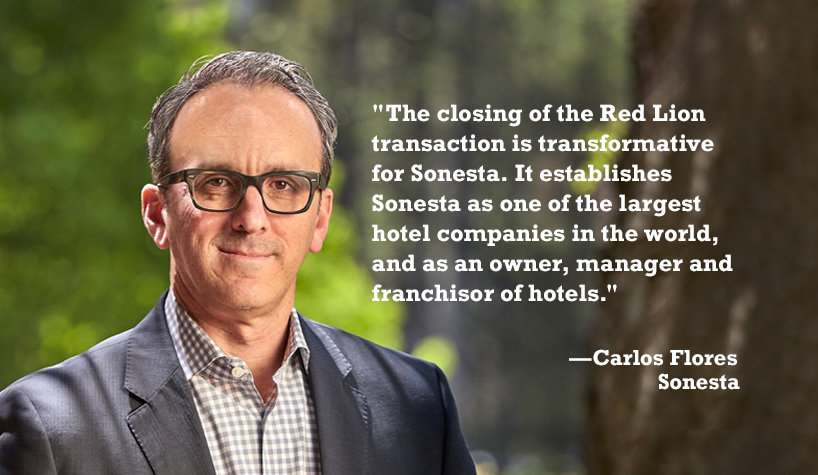 Sonesta International Hotels Corporation has completed its previously announced acquisition of RLH Corporation. As a result, Sonesta is now one of the largest hotel companies globally, with approximately 1,200 locations, more than 100,000 guestrooms and a diversified portfolio of 15 brands across multiple market segments.

“The closing of the Red Lion transaction is transformative for Sonesta,” said Carlos Flores, president/CEO, Sonesta. “It establishes Sonesta as one of the largest hotel companies in the world, and as an owner, manager and franchisor of hotels. The Red Lion acquisition significantly enhances Sonesta’s existing franchising capabilities by adding more than 900 franchised locations to our existing global footprint of branded hotels.”

“In addition, we are also excited to welcome Keith Pierce as the newest member of Sonesta’s executive leadership team,” he continued. “I am confident Keith will fulfill his mandate to aggressively grow and mature Sonesta’s franchising business. We look forward to sharing more details of Sonesta’s plans for our franchise business in the weeks ahead. I also wish to thank John Russell for his collaboration and leadership during this transaction.”