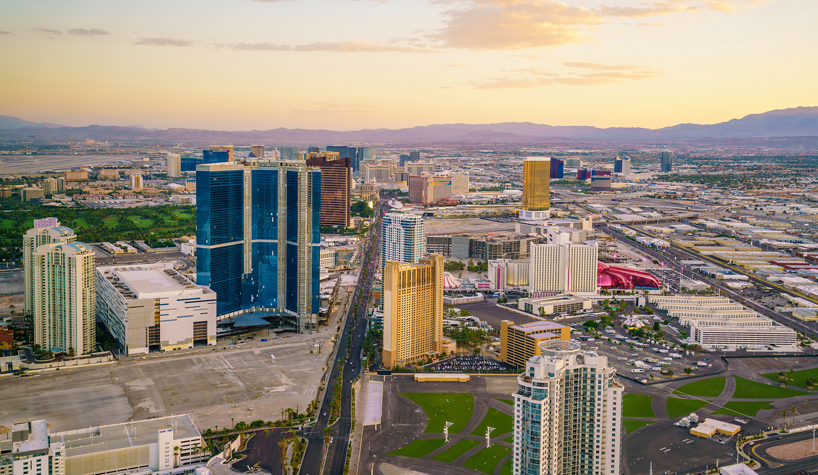 LAS VEGAS—The Fontainebleau Las Vegas will see new life as part of a resort-casino project with Marriott, Harrah’s marks its 80th anniversary with a renovation, and there’s more happening in Vegas. Take a look:

The Fontainebleau Las Vegas has a new owner and will be part of a new project—The Drew Las Vegas.

The resort will include nearly 4,000 rooms and suites, as well as more than 500,000 sq. ft. of convention and meeting space. Once open, the hotels will be managed by Marriott International.

Two Blackbirds Hospitality, led by hotelier and former Cosmopolitan CEO John Unwin, will oversee the launch and operations of property. As an integrated resort, The Drew Las Vegas will be home to a broad offering including a casino and luxury hotels, together with convention facilities, entertainment, nightlife, retail and dining curated into one cohesive guest experience.

The resort will take over the site where The Fontainebleau Las Vegas sat uncompleted since 2009. Icahn Enterprises L.P. (IEP) sold the unfinished development property and partially developed casino located at 2755 South Las Vegas Blvd. in August 2017 for $600 million. Icahn’s company originally acquired the property for $148 million in February 2010.

This latest redesign follows the renovation of 672 guestrooms and suites on the south side of the tower in 2016, resulting in a completely refreshed Valley Tower at the Caesars Entertainment resort.

Located on the ground floor of the Valley Tower, the resort now offers a new lobby bar with 12 gaming stations and seating with charging stations.

As part of Caesars Entertainment’s Code Green initiative, which aims to reduce landfill waste by 50% by 2020, much of the furniture from the renovated guestrooms and suites was donated to charitable organizations such as Habitat for Humanity in Las Vegas.

The Cosmopolitan of Las Vegas

REVIV IV Wellness Spa is scheduled to open at The Cosmopolitan of Las Vegas in early spring of this year.

The third location here will offer IV wellness therapy to treat a variety of common ailments including dehydration, inflammation, vitamin deficiencies and the after effects of a fun night out in Las Vegas.

The spa will feature signature amenities of the IV wellness lounge including full body massage chairs, private and group treatment areas complete with televisions and iPads, views of the Las Vegas Strip, aromatherapy and beverages. Treatments will be available in either a private treatment room on-site or in-room for guests staying at The Cosmopolitan.