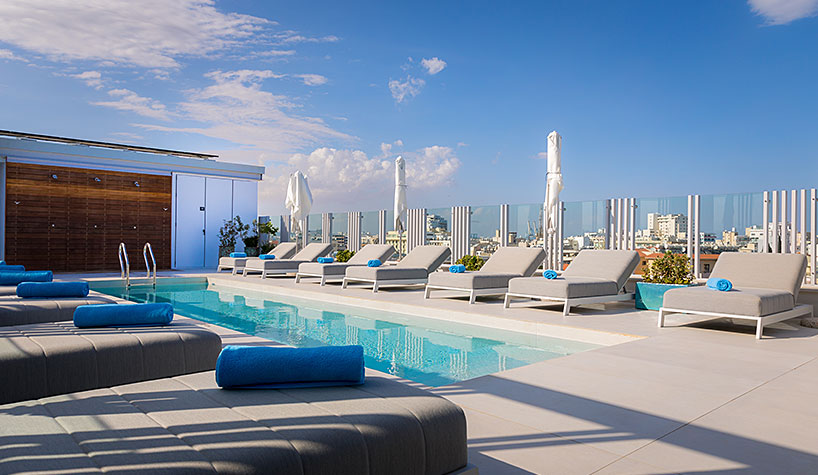 INTERNATIONAL REPORT—Recent hotel openings outside of the U.S. include properties from Hotel Indigo and Margaritaville, while two others prepare to debut later this year or in 2021.

The hotel combined two traditional Cypriot beach homes into a new property, which offers a rooftop pool and Kampana Pool Bar; the onsite restaurant Avli; and the Oinotelia wine bar;

Hotel Indigo Larnaca will operate under the international agreement between IHG (InterContinental Hotels Group), management company Sunnyseeker Hospitality and Quality Group, one of the largest companies of land development and investment on the island.

Other amenities include 10 all-inclusive F&B options; the 8,000-sq.-ft. St. Somewhere Spa; event spaces such as a beachfront gazebo and signature Sky Wedding terrace; and the Parakeets Kid’s Club.

Tokyo Edition Toranomon
Edition Hotels’ first property in Japan, and third in East Asia, will open on Sept. 8. The hotel was designed in partnership with the architect and designer Kengo Kuma, who drew inspiration from both the history of the ancient city along with the modern skyscrapers of the city’s skyline.

The property will offer 206 guestrooms, as well as three restaurants, three lounge bars, a custom designed spa, a state-of-the-art gym and more than 4,100 sq. ft. of event space with four meeting studios.

Hotel Villa Magna
Rosewood Hotels & Resorts has been selected to manage the Hotel Villa Magna in Madrid by owner RLH Properties. This will be the brand’s first hotel in Spain and fourth operation in Europe.

The property will debut as Rosewood Villa Magna following a refurbishment, during which the property will remain open, incorporating a contemporary design inspired by Spain’s capital city. The hotel is currently closed as a precautionary measure due to COVID-19 and will reopen on Sept. 1, operating independently until Rosewood assumes management once the renovation is finished in late 2021.

Rosewood Villa Magna will feature 150 guestrooms and suites, a number of F&B outlets and Sense, A Rosewood Spa.

Brands Continue to Grow International Footprints INTERNATIONAL REPORT—A number of brands have added to their portfolios around the globe, including  Hotel Indigo…
Life House Continues Brand Expansion with Several Openings Across the U.S. NEW YORK—Life House, Collins Park, the brand’s second in Miami, will have its soft open later…
Several Projects In the Works Across U.S. NATIONAL REPORT—Hotels are being developed across the U.S., some of which are expected to open this…
LE: Record high pipelines for franchises Marriott, Hilton and IHG on top