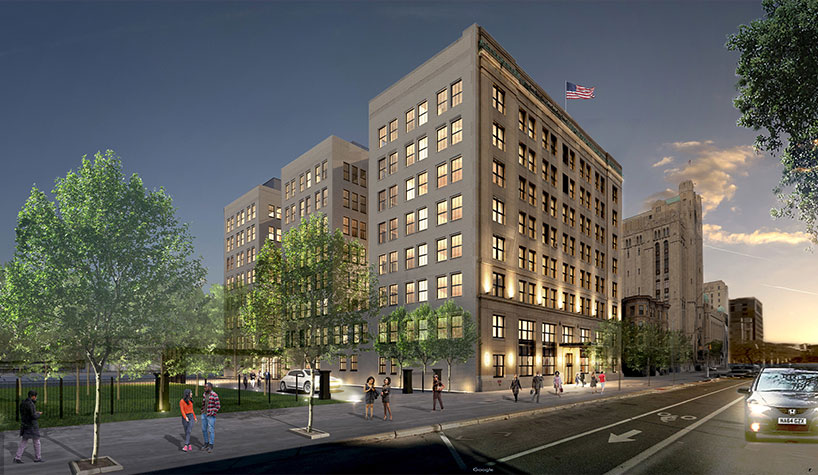 NATIONAL REPORT—Hotel brands are planting roots with developments across the U.S. Projects in the works include brand firsts in major markets, mixed-use developments and additions to historic properties:

Sbe will debut of Temple Detroit, a House of Originals hotel, in collaboration with developer Byzantine Holdings and its partners Christos Moisides, David Sutherland and Gretchen Carhartt Valade. The $72-million project is the first hotel to be signed following the announcement of the House of Originals debut. Temple Detroit, slated to open in June 2020, will have 100 guestrooms and 70 residential units in addition to a sbe restaurant and mixology/nightclub venues. The project will be designed by architecture firm McIntosh Poris Associates alongside Kravitz Design, Lenny Kravitz’ interior design company based in New York.

The developer is collaborating with architecture firm McIntosh Poris Associates alongside Kravitz Design to complete the 190,000-sq.-ft. 1920s Albert Kahn designed building. The House of Originals is part of sbe’s global expansion plan of 50 hotels nationally and internationally by 2021. Sbe’s pipeline has four new domestic and international projects prospected for the House of Originals brand.

South ­Florida-based developer Habitat Group and Miami­-based sales team Cervera Real Estate have several milestones for Smart Brickell in Miami’s Brickell neighborhood. After the sellout of Tower 1 and reaching 60% sold on Tower 2, Habitat Group is now breaking ground on the three-­phase development. In addition, the developer has selected Beauchamp Construction as the general contractor for the mixed­-use hotel and residential project. Smart Brickell is slated for completion in 2021. The development will consist of three smart towers designed by architect Hernando Carrillo, interiors by  Arquitectonica Interiors and concept and branding by Gensler. Towers 1 and 2 will include 50 guestrooms and 50 condos each. Tower 3 will consist of 97 residential rental units.

Monarch Private Capital (MPC) has closed on the financing of historic tax credit equity (HTC) for the $70-million dollar redevelopment of the Blackstone Hotel in Omaha, NE. The proposed Blackstone Hotel is targeted to open in April 2020, as a full-service upper-upscale hotel with 205 rooms, two restaurants, a lounge, meeting space, a fitness center and business center. In addition, a 46,000-sq.-ft. annex building will be constructed to add more rooms. MPC has partnered with Clarity Development and GreenSlate Development. Stormont Hospitality, Leo A. Daly and DLR Group have been brought on as consultants to the development team.

The Hyatt Regency Stonebriar is topping out its 18-­story, 303-­room hotel in Frisco, TX. Sam Moon Group is the hotel developer; Brasfield & Gorrie is the contractor; HKS Inc. is the architect; and Looney & Associates is managing the interior design. The project is expected to be completed in late spring 2020.

OTO Development, part of The Johnson Group, has broken ground on Hyatt Place National Harbor. Slated to open in late 2020, the seven-story waterfront hotel will be the first Hyatt-branded property in Prince George’s County, MD.

Carson City, NV, will soon be home to Nevada’s second My Place Hotel. The new hotel is located adjacent to Carson Tahoe Regional Medical Center and close to the Capitol, the industrial park and Western Nevada College. The three-story, 64-unit hotel is expected to open in August.