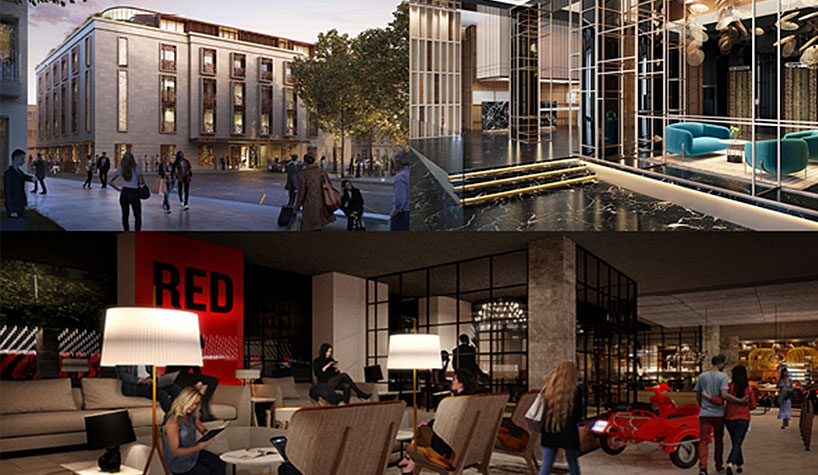 BRUSSELS—Radisson Hospitality AB, part of Radisson Hotel Group, is expanding its presence in Southern Europe with new signings in Spain, Portugal and Italy.

“We continue accelerating our expansion plan in Southern Europe,” said Elie Younes, EVP/chief development officer, Radisson Hotel Group. “With nine strategic recent signings in Rome, Milan, Porto and Lisbon, we now add three new Spanish hotels in Madrid, Seville and Bilbao. Leveraging Radisson Blu as the largest upper-upscale brand in Europe, we now introduce to our owners and guests further opportunities in premium lifestyle with two Radisson Collection hotels in Seville and Bilbao and a bold Radisson Red in the great city of Madrid. This is thanks to the trust of our owners and the great efforts of our people.”

The new signings in Spain are aligned with the group’s wider ambition to open 20 hotels in Spain during the next three years—as guided by its five-year operating plan to become one of the top three hotel companies in the world.

Radisson Red Madrid has approximately 200 rooms and will open its doors in 2021 in the center of Madrid. It will become the Radisson Red brand’s new flagship property in Europe, with an emphasis on technology including an automatic no-queue check-in and app-based service personalization among other developments.

Radisson Collection Hotel, Gran Via Bilbao is scheduled to open in Q1 2021. It will have 137 rooms, including 20 junior suites and one suite. Leisure facilities will include a rooftop restaurant, bar and terrace, as well as a lobby bar, gym and spa.

The Radisson Collection Hotel, Magdalena Plaza Seville will open its doors in Q2 2020. It will have 89 bedrooms across two buildings, as well as a rooftop swimming pool, terrace with lounge bar, solarium, gym and spa.

Alongside its existing Radisson Blu property in Lisbon, Radisson Hotel Group is diversifying its portfolio on the Iberian Peninsula with two new Radisson Red properties:

Set to open in 2021, the new-build Radisson Red Lisbon Olaias will be the group’s second property in Lisbon, alongside the Radisson Blu Hotel, Lisbon, and adds to the Radisson Red brand’s presence across the Iberian Peninsula. It has 290 rooms, a OUIBar + KTCHN, a gym and a rooftop pool.

The Radisson Red brand is also set to arrive in Porto, Portugal’s second city, in 2021. It will add 278 rooms to the group’s Portuguese portfolio.

In 2019, Radisson Hotel Group has made a number of signings in Italy—bringing new properties to key destinations like Milan and Rome, while introducing two new Radisson Collection hotels.

Set in the headquarters of the oldest Italian touristic organization, the Touring Club Italiano (TCI), Radisson Collection Hotel, Palazzo Touring Club Milan is due to open in 2020. The hotel will have 93 guestrooms and suites, a restaurant and garden bar—as well as a meeting room, wellness center and bookshop.

Radisson Collection Hotel, Santa Sofia Milan is the second Radisson Collection property to arrive in Milan. This transformation project will create a destination hotel for both high-end cosmopolitan and business clientele. It will have 160 guestrooms, including 43 junior suites and 11 suites, while leisure and dining facilities will include a fine-dining restaurant and a rooftop bar with views over Milan. The hotel will also offer high-tech meeting and events spaces for the local and international business communities.

Set to arrive in Italy’s most popular tourist destination, the Radisson Blu GHR Hotel, Rome is due to be fully renovated by Q1 2021. It will have 297 rooms, including 41 junior suites and 10 suites.