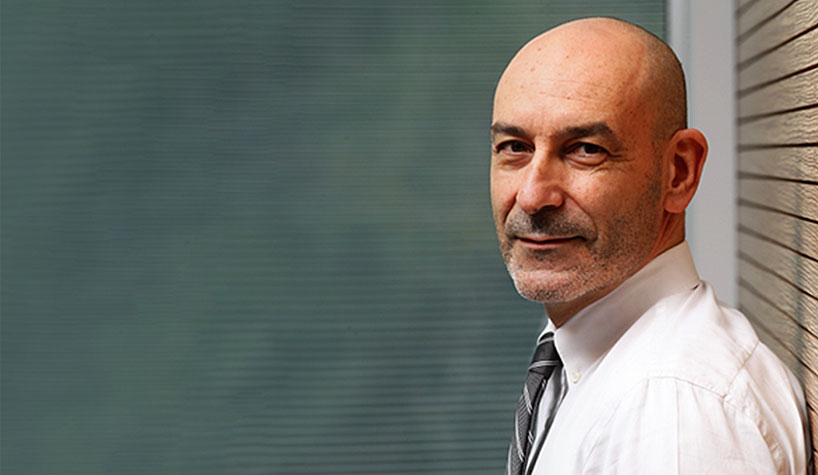 Amodeo joins Radisson Hotel Group from TeamSystem Group, a management software company in Italy, where he was CFO since 2015. During his time there, he supervised the sale of the group from one private equity fund to another (Hellman & Friedman), which has given him a deep understanding of capital markets.

Prior to that, he spent two years serving as CFO of Bolton Group, a privately owned FMCG group, following 16 years at Danone. In his final role there, he was responsible for the global corporate development of the company’s leading division—after holding several country and regional CFO roles.

Amodeo will take on the duties of Knut Kleiven, who is currently the deputy president/CFO of Radisson Hospitality AB and a member of the global steering committee for Radisson Hotel Group. After more than 30 years of service, Kleiven is retiring.

Formerly an internal auditor for SAS, Knut joined the company in 1986 as group accounting manager, becoming CFO in 1994, when the Rezidor Hotel Group signed a strategic agreement with Carlson Hotels to develop the Radisson SAS brand under a master franchise agreement for EMEA.

Interstate Hotels & Resorts has made a number of additions and promotions to its executive team.

Don Li has been promoted to EVP/head of Asia investment group, spearheading the company’s overall growth of its Asia Investment division and leading the group’s efforts assisting foreign owners with U.S. and European hotel acquisitions, developing repositioning strategies, brand selection, renovations and the ongoing day-to-day management of their assets.

Nicholas Northam has been appointed to EVP — international. In this expanded role, he will oversee all of Europe including the offices in the U.K., Amsterdam and Moscow, and join Interstate’s executive committee.

Greg O’Stean has been promoted to chief development officer. As a proven hotel industry leader, he is responsible for helping Interstate continue its expansion by driving overall business growth across the globe.

Peter Hoffman has returned to Interstate at EVP, operations — select-service, responsible for the company’s overall operations and performance of nearly 300 select-service and extended-stay properties throughout the U.S.

Noble Investment Group has appointed of Beth Hogberg as director of asset management. In her new role, she is responsible for working with the third-party management companies and on-property leadership of Noble-owned assets. She joins Noble with 17 years of hospitality experience and a career largely dedicated to hotel asset management. She has led the revenue efforts for hotel portfolios with a variety of brands, complexities and geographic locations.

Based in the Frankfurt IHG office, Kurowska is responsible for driving sustainable hotel performance for IHG and owners of IHG’s managed estate in Northern Europe. In this newly established role, she will be working with IHG, owners and hotels to accelerate business processes and drive an increase in efficiency for all parties. To that extent, she will be traveling extensively across the region and working closely with hotels in a supporting role to optimize profits, evaluate commercial strategies and drive long-term revenue.

Her new role was created as part of IHG’s efforts to develop an effective market model for Europe in order to bring resources closer to owners and hotels. This process led to the creation of the newly formed divisional team in IHG’s Frankfurt office under the leadership of Mario Maxeiner, managing director, Northern Europe. In her new role, she is a member of the Northern European Leadership team, directly reporting into Maxeiner.

Kurowska has been with IHG for eight years and brings a background in finance and operations to her new role. Starting as director of finance & business support at the InterContinental Warsaw, a position she held for three years, she went on to various finance and operations roles throughout IHG’s European business. Most recently, she held the role of operations finance director for the luxury and managed estate in Europe.

Prism Hotels & Resorts has hired Will Traywick as VP of eCommerce & digital marketing.

With 17 years of experience in the hospitality industry, Traywick began his career with Omni Hotels corporate in advertising and public relations. Most recently serving as director of marketing and ecommerce at HEI Hotels + Resorts, he has also worked with Hilton sales, revenue management, HHonors marketing and eCommerce services as senior regional manager.

In this new role, Traywick is responsible for creating improved results in the areas of search engine optimization, pay-per-click (PPC) and other display marketing, social media, online reputation management, and database marketing.