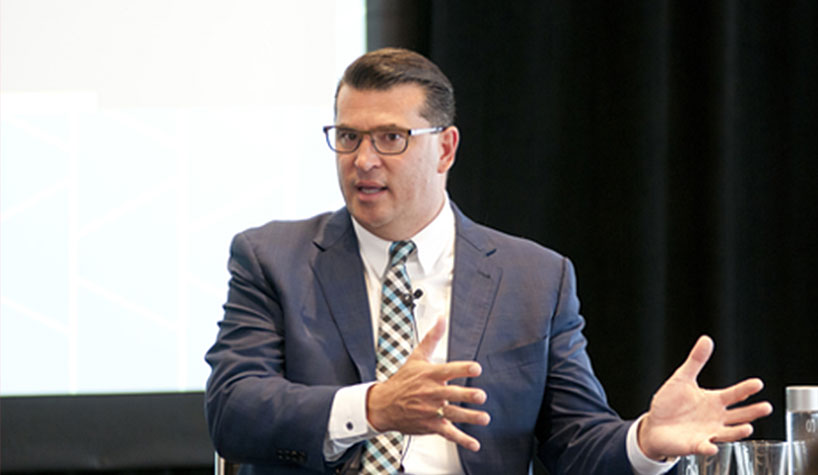 INTERNATIONAL REPORT—Domio has added Brian Quinn in the newly created role of chief development officer and My Place has named a new COO, while two new CEOs have been added overseas. Here’s a look:

Quinn has spent his entire career in hospitality, most recently serving as SVP of development at Choice Hotels International, where he contributed to growth in its domestic pipeline to more than 1,000 hotels. He was also directly responsible for the success of the emerging markets and diversity ownership initiatives, achieving more than 300% of the company’s 2019 goal.

In his new role, Quinn oversees all aspects of the company’s expansion and development strategies, reporting directly to Jay Roberts, CEO, Domio.

Campbell joined the company in 2015. He has since practiced law in South Dakota while playing an instrumental role in the ongoing growth of the My Place Hotels of America parent company, its respective hotel brands and franchise family, according to the company.

Altman joined the company in 2017. He has practiced law for more than 20 years with an emphasis in local government, serving as city attorney for the communities of Rapid City, SD, and Aberdeen, SD.

Clavie brings a strong operational and financial background, which will help him lead AccorInvest in the coming years, according to the company. He will take over his new role on July 1.

Batchelor Named CEO Asia Pacific at JLL
Mike Batchelor will take on the role of CEO, JLL Hotels and Hospitality Group, Asia-Pacific. He will divide his time between Asia and Australia, overseeing a team of 80 across seven countries and territories.

In his new role, he provides Asian clients with access to Australia, New Zealand and the Pacific Islands hospitality markets. Batchelor was previously CEO, JLL Hotels and Hospitality Group for the Asian region.

Bringing close to 35 years of experience in the hospitality industry to the role, Falgoust is responsible for providing strategic leadership, guidance and direction for all new and existing concepts and initiatives, collaborating with the Remington Hotels development team and hotel owners on F&B ideation and operations for new-build and conversion hotels and working alongside operations and sales leaders to ensure the highest standards and efficiency for all F&B outlets, catering and banquets.

For the last 12 years, he served first as VP of food & beverage at FelCor and then at RLJ Lodging Trust after the company acquired FelCor two years ago. In his role, he oversaw all aspects of food and beverage operations for up to 158 hotels, focusing on revenue generation, profitability, training and service delivery. During his tenure he also developed more than 15 restaurant and bar concepts, including Oak Long Bar & Kitchen at the Fairmont Copley Plaza in Boston and St. Cloud Rooftop bar at The Knickerbocker Hotel in New York City.