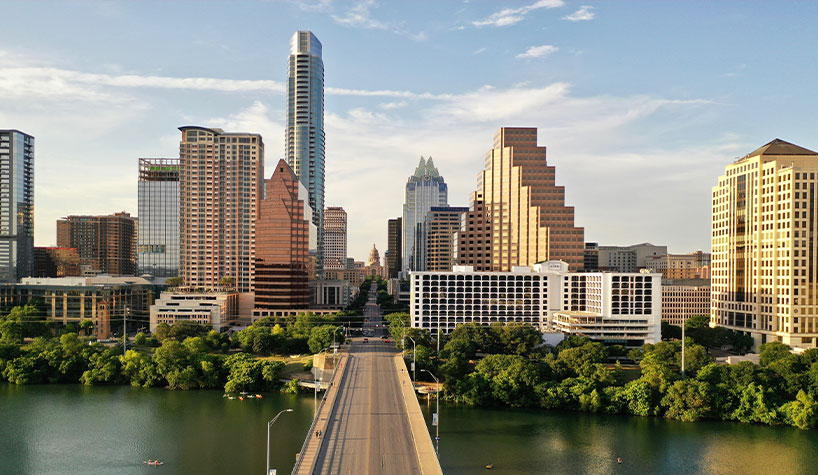 Austin, TX, will see a rise in demand from upcoming auto racing events.

PredictHQ, the demand intelligence company, has released the “Demand Impact Report: The Great Hospitality Recovery of 2021.” The report, based on detailed analysis and data modeling across thousands of events impacting the hospitality industry, shows the impact of large events on hotels and accommodations as cities reopen and events reschedule.

The report analyzes the return of the types of live events that have the biggest effect on the hospitality industry, or hospitality demand drivers: large-scale events that are likely to draw crowds from out of town, and that take place over multiple days. The topline results show a steady and accelerating recovery for the hospitality industry, but one that is not evenly distributed across major markets—with Las Vegas and Austin nearing 2019 levels, while San Francisco and New York lag behind.

“We expect hotels and accommodations to see big surges in customer demand in September as more large events are rescheduled,” said Campbell Brown, CEO, PredictHQ. “Recovery varies widely by city, state and country due to COVID-19 rates and restrictions, and our data shows the hospitality industry can expect fluctuating degrees of demand by location. There is no playbook for navigating recovery following a global pandemic, and without sophisticated data modeling that blends a full spectrum of real-time signals, businesses are flying blind. That’s why it’s critical for industries to get accurate, predictive data on live events, which have a tremendous impact on consumer demand.”

Highlights from the report:

Across the U.S.
Current predictions show hospitality demand drivers hitting more than 77% of 2019 levels at the September 2021 peak. This recovery at a national level suggests not just a “return to normal” on the horizon, but potentially an even more robust recovery in 2022.

Even though the full year’s event attendance recovery for 2021 stands at only 37% of 2019, more than 193 million people are expected to attend accommodation-scale events in the back half of this year, a 53% recovery towards 2019 levels, with still more time for events to be rescheduled and push than number even higher.

Recovery in key markets, July onward
Austin (94% recovered): The state capitol of Texas started off 2021 much like other cities: near zero through April. However, from May to August, Austin returned to something resembling normal before a giant spike in September and October. With the upcoming United States Grand Prix, combined with all the surrounding Formula 1 events, the city of Austin is likely to see well over 1.25 million potential accommodations guests.

Las Vegas (77% recovered): The second half of the year looks so strong for Las Vegas that it will surpass its 2019 accommodation demand trend line not once, but twice. Magic Las Vegas and Las Vegas Market are expected to draw 102,000 combined, and in October, the Electric Daisy Carnival, NAB Show and the Summerlin Festival of the Arts will attract an expected 467,000 in attendance.

Los Angeles (52% recovered): While Los Angeles struggles with a rise in case numbers and is actively reinstituting some COVID restrictions, there are still plenty of reasons Los Angeles may yet be a bright spot for the U.S. accommodations industry. From July on, the data shows L.A. is at 52% of 2019 levels.

New York (49% recovered): In one of the steadiest recoveries seen in any market, New York consistently closes the accommodations demand gap from April through to September, culminating in the U.S. Open in late August through mid-September expected to draw 700,000 attendees, and N.Y. Fashion Week Sept. 8-12 with 120,000 attendees and $132 million in accommodation income alone.

San Francisco (27% recovered): One of the only cities where event attendance dropped to single-digits (6%) during 2020, the overall recovery picture trails behind the rest of the U.S., with SF expecting 27% of 2019 event-driven accommodation demand. However, smaller events, particularly sports-related, are coming back. San Francisco gets a travel barometer of 79% overall sentiment and 76.3% hospitality.