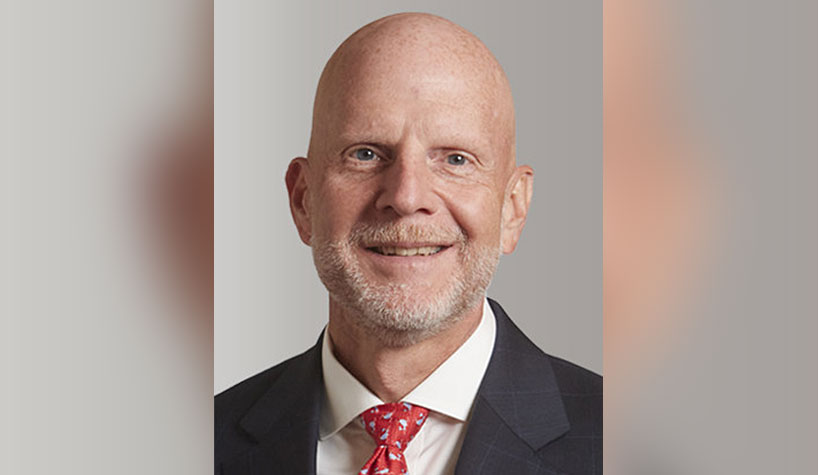 Muehlbauer will continue to uphold the association’s mission of maximizing owners’ investments in their IHG-branded hotels. Additionally, he will serve as the primary liaison between the association and IHG corporate. He succeeds Don Berg, who has been the association’s CEO since 2015. Berg announced his intention to retire at the end of 2019 and participated in the CEO successor search. He will remain with the association as a consultant for the next six months to ensure a smooth, uninterrupted transition.

Muehlbauer is a Georgia native who brings 25 years of hospitality and service industry experience to his new role. He served in various positions at IHG for 13 years, including roles in distribution, sales and marketing, loyalty and corporate planning. He was heavily involved in the rebranding of IHG’s Priority Club Rewards to IHG Rewards Club. Prior to joining IHG, Muehlbauer spent 12 years at Delta Air Lines, where he held roles in corporate planning, IT sourcing, consumer marketing and product management, among others.

In her role, Stone is responsible for developing new management contracts nationwide working in collaboration with Jordan Bernstein, who oversees different regions in the same role as VP of business development at First Hospitality. Stone and Bernstein are tasked with expanding the company’s portfolio of third-party managed hotels.

Before her work with First Hospitality, Stone held the position of VP of development at Red Lion Hotels Corporation, where she was responsible for the growth of the company’s upscale and lifestyle brands. Stone also owned a private consulting firm, Grand Hospitality Consultants, where she focused on creating value for hotel assets.

AHLA Adds Riederer, Four Others
The American Hotel & Lodging Association (AHLA) has made several additions to its staff as part of the association’s efforts to deepen its expertise in state and local government affairs and communications.

Jason Riederer has been named senior director of state & local government affairs. In this new role, he will focus on state and local advocacy and partner state association engagement for the western U.S. He will be based in Reno, NV.

Riederer comes to AHLA after directing state and local government affairs for biometric security company Clear. He has extensive experience in Western politics and advocacy through his work with the National Rural Electric Cooperative Association, a Nevada tech startup, and as legislative director for Nevada Congressman Mark Amodei (R-Nev.).

Cohen Appointed Vacasa CFO
Vacation rental management platform Vacasa has appointed Jamie Cohen as CFO. She is the former CFO of ANGI Homeservices, a leading digital home services marketplace, and will join Vacasa at the beginning of March.

As a member of ANGI Homeservices’ leadership team, Cohen participated in driving the company’s rapid growth during her almost decade-long tenure. She oversaw key initiatives including multiple acquisitions, debt financing and building the company’s finance and accounting functions. Most notably, she held an instrumental role in the reverse merger of HomeAdvisor with Angie’s List, and the simultaneous public offering of Angi.

Prior to joining Aries Capital, Carney was a principal with California-based Sycamore LLC, a real estate private equity fund he co-founded that focused on acquiring scaled portfolios of student housing assets. Prior to Sycamore, he was a member of the private equity group at Ares Management in Los Angeles, where he evaluated equity and credit opportunities for the firm’s corporate opportunities funds. Carney began his career as an investment banking analyst in the mergers and acquisitions group at Bank of America Merrill Lynch in New York.

Branch Joins Innisfree Hotels
Innisfree Hotels has appointed Rusty Branch to the position of VP of community engagement. The role is newly created, and as the first to take its title, Branch will focus on bettering and giving back to the communities where Innisfree does business.

As VP of community engagement, Branch will help craft the strategic direction for Innisfree’s “Hive” corporate responsibility program, which seeks to utilize profits to give back to the people in the communities where Innisfree team members live and work. Through its Hive program, Innisfree has invested in a diverse group of endeavors, including early childhood education, community gardening, work opportunities for persons with disabilities, vocational opportunities for non-violent teenage offenders and opposition to offshore drilling.

In his new role, Branch will be responsible for developing a process by which the Hive program’s initiatives can be optimized to create the most effective change possible. This includes a focus on engaging government and public entities to advocate for the communities’ broader tourism needs.

Branch has had a long track record of working for the betterment of his community. In his previous roles with Lakeview Center, Inc., Branch spent 15 years advocating for behavioral health, vocational education and child protective services. Most recently, he worked as the Escambia Destination Marketing Organization’s executive director, attracting visitors to the county to support the local economy.