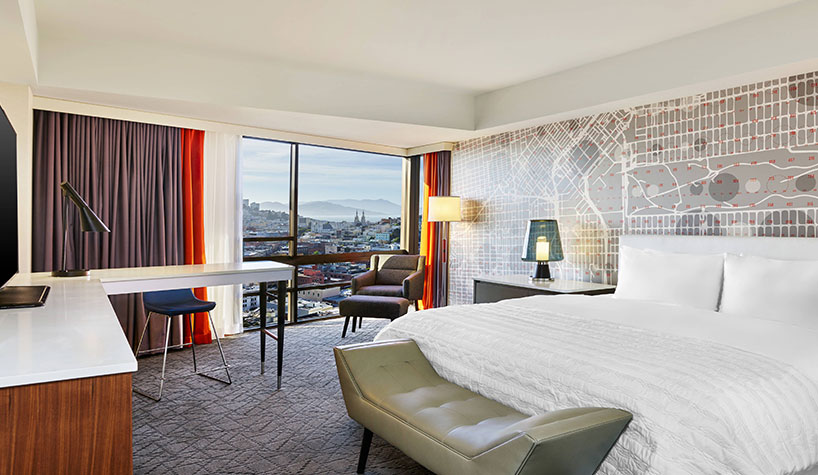 TYSONS, VA—Park Hotels & Resorts Inc. has completed its previously announced acquisition of Chesapeake Lodging Trust. The announcement follows approval of the transaction by Chesapeake’s shareholders at a special meeting of Chesapeake shareholders held on September 10, 2019. Based on Park’s closing stock price as of September 17, 2019, the total transaction value is approximately $2.5 billion, inclusive of transaction costs. In connection with the acquisition, Park will be added to the S&P MidCap 400 Index effective today.

The acquisition expands Park’s presence across several high-growth U.S. markets including San Francisco, Boston, Denver, Miami, San Diego and Los Angeles, and accelerates Park’s strategic goals of upgrading the quality of its portfolio and achieving brand, operator and geographic diversity, according to the company. On a combined basis, Park’s portfolio now consists of 66 hotels with more than 35,000 rooms located primarily in prime city center and resort locations. The acquisition of Chesapeake increases Park’s total enterprise value to more than $10 billion, solidifying its position as the second largest publicly traded lodging REIT.

“We are extremely pleased to have completed this strategic acquisition of an exceptional portfolio of hotels, which further enhances our overall portfolio quality and positions the company to drive superior, risk-adjusted earnings growth over the long run,” said Thomas J. Baltimore Jr., chairman and CEO of Park. “This acquisition allows us to diversify our brand portfolio, and we are excited to be joining the Marriott, Hyatt and IHG family of brands. As we have done with our existing portfolio since our separation from Hilton in 2017, we will work tirelessly to unlock the embedded growth opportunities within these assets and create value for Park’s stockholders as we deploy our aggressive asset management strategies. I would like to thank the Park associates, as well as our advisors, for their incredible efforts to close this transaction. I would also like to thank Jim Francis and the entire Chesapeake team for their professionalism and partnership throughout this process.”

In connection with the merger transaction, each Chesapeake share was converted into the right to receive $11 in cash and 0.628 of a share of Park common stock. Upon closing, Park’s total outstanding share count is approximately 240 million shares, with former Chesapeake shareholders owning approximately 16% and existing Park stockholders owning approximately 84% of the combined company’s common equity. As a result of the acquisition, Chesapeake common shares will cease trading on the New York Stock Exchange effective before the market opens today.

At closing, Park drew on the $850-million, five-year tranche from its previously announced unsecured delayed draw term loan agreement and terminated the commitment with respect to the $100-million two-year tranche. Proceeds are being used to pay a portion of the merger consideration and to repay approximately $352 million of Chesapeake debt, including its $225-million term loan facility and two property mortgages with maturities scheduled in 2020. Giving effect to the acquisition, Park now has a total of $4.3 billion of outstanding debt, including $234 million of unconsolidated joint venture debt. Park also has more than $1.2 billion in liquidity between cash on hand and its $1 billion undrawn revolver.

In connection with the acquisition, Park is assuming Chesapeake’s interest rate swap agreement, which fixes one-month Libor at 1.86% for a portion of Park’s five-year unsecured delayed draw term loan up to the $225 million notional amount of the swap. Park also is assuming approximately $310 million of existing mortgage loans secured by four of Chesapeake’s properties with maturities ranging from 2022 to 2026 and that bear interest at fixed rates ranging from 4.11% to 4.90% per year.