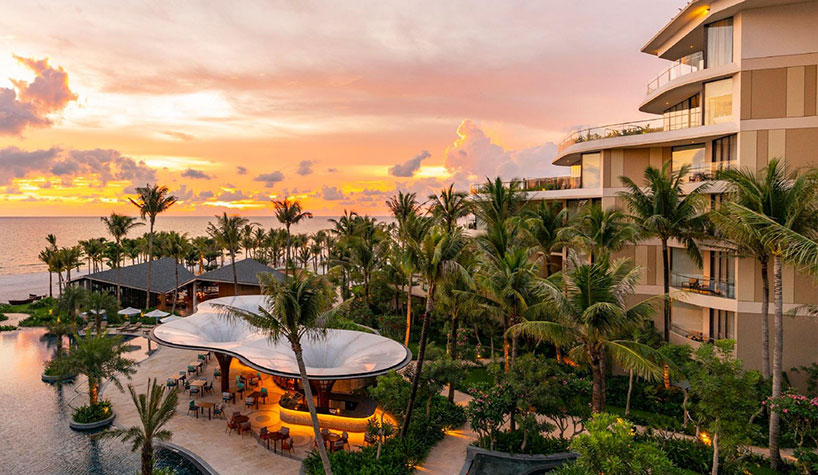 INTERNATIONAL REPORT—Hotel brands are expanding their footprints across Asia, including IHG’s 1,000th property in the Europe, Middle East, Asia and Africa (EMEAA) region.

The resort is located on Phu Quoc island, a UNESCO World Biosphere Reserve off the coast of Vietnam. It has 459 rooms, suites and villas, an exclusive beachfront, six restaurants and bars, and meeting facilities.

Guestrooms have a panoramic bamboo forest view with private balconies. Thirty-three suites, as well as a presidential suite, are also available.

The Okura Tokyo is set to open in early September 2019, replacing the Hotel Okura Tokyo.

The Okura Tokyo will reprise the former Hotel Okura Tokyo’s “famed traditional Japanese beauty as well as its cherished simplicity and elegance” to offer a new combination of “traditional luxury” and “contemporary luxury,” according to the company.

A total of 508 luxury rooms will be available in two buildings on the central-Tokyo Okura property, about half of which will be covered with gardens and greenery.

The smaller of the two buildings, The Okura Heritage Wing, which will have its own reception area, will be a 17-story structure with views of gardens and greenery on three sides.

The larger Okura Prestige Tower will be a 41-story structure with guestrooms starting on the 28th floor. The Tower will offer fine-dining options and banquet facilities, including one of the largest ballrooms of any hotel in Tokyo.

Six Senses Bhutan, which is set to open in October 2018, is a collection of five boutique lodges set in the western and central valleys of Bhutan.

Beginning with the capital and the largest of the lodges, the company noted that Six Senses Thimphu places a strong emphasis on incorporating the spirit of the grand architectural elements of a dzong (fortress) and clouds, giving it the name “Palace in the Sky.” The second is Six Senses Punakha, located in the relatively low-lying valley of Punakha, which takes inspiration from the farms and vegetable terraces across the valley and the traditional cantilever bridges of Bhutan.

Six Senses Gangtey is located in the valley of Phobjikha. Six Senses Bumthang is in an evergreen pine forest. The fifth resort in the collection is Six Senses Paro. Located at a high elevation overlooking the Paro Valley and next to ancient dzong stone ruins, this lodge is called “Stone Ruins.”

The Thimphu, Paro and Punakha resorts will open in October 2018. The Gangtey and Bumthang resorts open in early 2019.