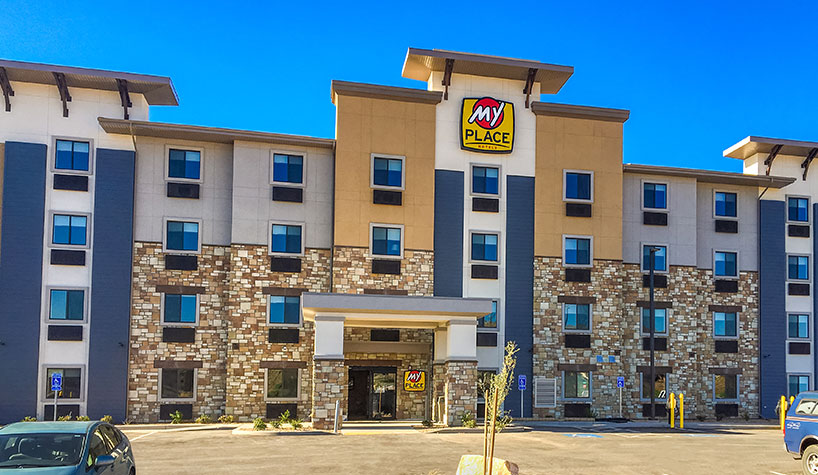 NATIONAL REPORT—A bevy of hotel openings have happened across the U.S., including the opening of the 40th My Place Hotel, and a first for two companies in Illinois.

With the opening of My Place Hotel – St. George, UT, My Place Hotels of America welcomes its 40th location and third in the state. The property is independently owned by Hotel Barons STG LLC. Utah developments aren’t slowing down for the company, as plans are underway for a fourth My Place location in nearby Hurricane, and a fifth in Moab, UT.

Nexgen Hotels purchased the hotel for $5,150,000 and made renovations totaling $3.2 million to convert the hotel into a Four Points by Sheraton. Renovations included new guestrooms and bathrooms, an addition of a restaurant and bar, a fitness center expansion, new lobby and exterior work.

The 134-suite Crowne Plaza – Farmington Hills in Michigan, previously the Holiday Inn Farmington Hills, recently opened. Among the highlights there is 6,000 sq. ft. of meeting space equipped for a variety of events, from business groups to weddings.

The renovation included the transformation of all spaces, turning the classical building constructed in 1923 by native Chicago architect Walter Ahlschlager into a “fresh and modern” space. The Gettys Group’s design utilizes rings, spheres, and other circular imagery to represent Claridge House Chicago coming full circle—returning to its roots as a residential hotel, as it was when the property was known as Claridge Hotel until 2005.