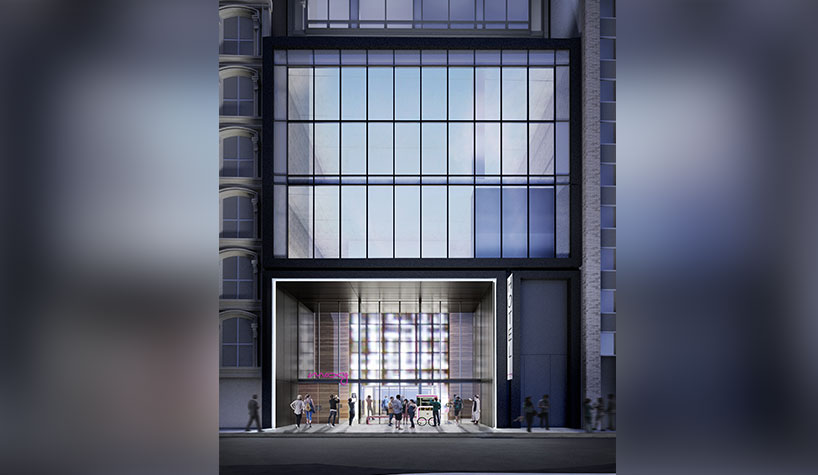 BETHESDA, MD—Moxy Hotels expects to welcome two New York City hotels to its roster this year. Following the September 2017 opening of Moxy Times Square, Moxy Downtown and Moxy Chelsea will bring the brand to a total of three properties in the city by the end of 2018.

“These two new hotels will both have a distinct style and personality, reflective of the culturally rich neighborhoods they are located in, giving locals and visitors alike more ways to play with us,” said Toni Stoeckl, global brand leader and VP, distinctive select-service brands, Marriott International.

The new-build, 30-story, 298-key Moxy Downtown, located just off Broadway and near the World Trade Center, will open in summer 2018. Developed by Mark Gordon of Tribeca Associates and designed by Stonehill Taylor, travelers will be welcomed by the hotel’s dramatic 22-foot atrium lobby featuring a monumental 12-ft. by 21-ft. LED Wall. The LED Wall will illuminate Ann St. and serve as a virtual window into the activity on the hotel’s third floor “play space.” This space will feature an array of work spaces, games and entertainment.  Moxy Downtown’s food and beverage program will be run by a local F&B partner known for creating some of New York City’s favorite neighborhood bars and restaurants, and will feature bespoke cocktails, elevated bar fare and a tailored coffee program. Designed with a focus toward blending upgraded finishes and an efficient use of space, the hotel’s guestrooms will feature the latest in technology, floor-to-ceiling glass windows and thoughtful attention to detail throughout, according to the brand.

The 349-room Moxy Chelsea will blend botanically inspired design with Italian romance. Rising 37 stories high into the New York City skyline, the micro-room hotel, developed by Lightstone, marks the second collaboration between Yabu Pushelberg and Rockwell Group, the designers behind Moxy Times Square. The architecture, by Stonehill Taylor, complements the neighborhood with its raw, industrial facade and soaring, greenhouse-style atrium, according to the brand. Inside, guests will be greeted by a lushly overgrown flower shop at the entrance, and a trattoria, pasticceria and café that fuse timeless Italian elegance with a modern sensibility. The second floor will be devoted to live/work/play spaces, including a bar, meeting studios, coworking lounge, and profusely planted conservatory. Topping off the hotel will be a glass-enclosed rooftop bar featuring views of the Empire State Building; at the touch of a button, retractable windows will transform the lounge into an alfresco sky veranda.

“Moxy is designed to facilitate authentic experiences and touchpoints for the modern traveler, which means no two hotels are alike – they take on the personality and vibe of their surrounding neighborhoods,” added Stoeckl. “New York City encapsulates everything Moxy is about, and we’re really excited now to be able to offer a Moxy in the city for whatever type of experience Moxy’s fun-hunting travelers are looking for.”