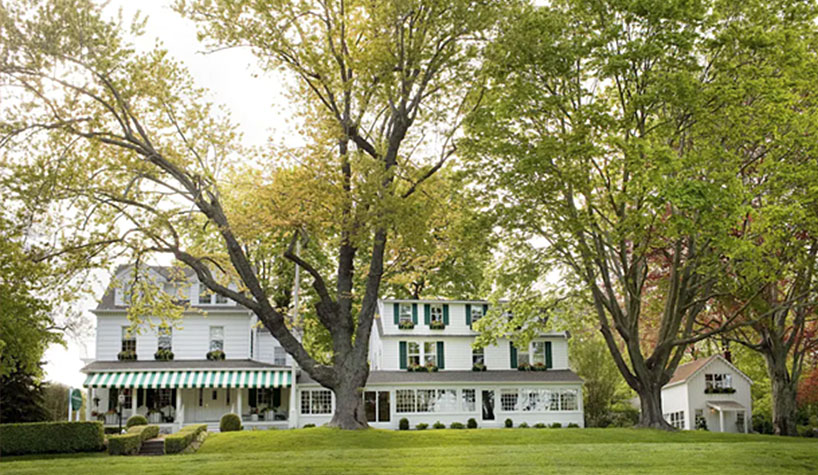 Management companies are adding properties to their portfolios. Here’s a look:

Since acquiring the hotel in 2008, hotelier Jenny Baker and husband Jonathan Baker, a writer, movie producer, director and adventurer, have stewarded the small luxury hotel and its restaurant. Both will remain involved in the property’s creative direction moving forward, while allowing Life House to oversee day-to-day hotel and restaurant operations.

More than 150 years old, the Greek Revival has served many owners, each in a unique way suited to the era. Constructed just before the Civil War by the Osborne family, the current structure has foundations dating from the 17th century. For much of the 19th century, the building was used as a tannery and first took in overnight guests while their saddles were being repaired.

In the mid-1920s, the home began service as a full-time inn and became known as The Maidstone Arms. Newspaper columns in the ensuing decades announced the seasonal residency of a rotating roster of socialites, and the inn became a fashionable destination as East Hampton grew into a world-famous summer colony.

As creative director, co-owner Jenny Baker has overseen its repositioning to a “Scandinavian Cozy” hospitality concept, a term she coined to describe the hotels’ welcoming blend of American ease and sophisticated Scandinavian sensibility that embodies quirkiness, personality and professionalism. The hotel offers a mix of environmentally friendly spaces, modern design blended with Old World Charm, curated art and local sourced food and beverage offerings. The result is an escape unique to the Hamptons where dogs and kids are as welcome as lovers and exes.

The property will continue to feature Jonathan Baker aromatherapy products in-room and for sale on-property. The co-owner’s lifestyle brand has an existing clientele that reads like a “Who’s Who” of Hollywood—from Christina Aguilera to Will Smith.

Life House will operate the hotel through summer 2021, after which point the group’s award-winning in-house creative team will collaborate with ownership on a new restaurant and bar concept.

Aimbridge to manage St. Thomas properties
Aimbridge Hospitality has been selected by Fortress Investment Group to manage the Frenchman’s Reef Marriott Resort & Spa and Noni Beach, Autograph Collection located in St. Thomas and set to reopen in the fall of 2022 after a $250 million rebuild.

Fortress Investment Group, a New York City-based firm founded in 1998, recently purchased the property and will spearhead the rebuild and reopening efforts over the coming year. With 384 rooms, including 28 suites at Frenchman’s Reef and 94 rooms including two suites at Noni Beach, the property is known as the gateway to the British Virgin Islands.

Upon reopening, updated amenities at Frenchman’s Reef will include three oceanfront pools, 72,000 sq. ft. of meeting and event space, 3,500 sq. ft. of spa and 2,000 sq. ft. of casino space in addition to retail shopping. A total of six restaurants and lounges will offer guests plenty of indoor or outdoor seating and a variety of food and beverage options, from Shots Caffeine & Goods to HighTide restaurant and a poolside bar.

Noni Beach is connected to Frenchman’s Reef by a walking path and is located on a full quarter-mile of pristine beachfront property. It will also have its own oceanfront pool, 3,000 sq. ft. of event space, and four restaurant and lounge spaces, including Seablue by Michael Mina, a swim-up bar and an oceanfront beach club lounge.

The new management contract expands McKibbon’s presence in the Tampa Bay area where it currently manages 12 additional hotels in addition to housing its corporate headquarters.

The hotel is the second Hilton Garden Inn McKibbon has assumed management of in the past six weeks, adding 119 new rooms to the company’s overall management portfolio and bringing the total number of rooms managed to 9,902 across 85 hotels throughout the U.S.