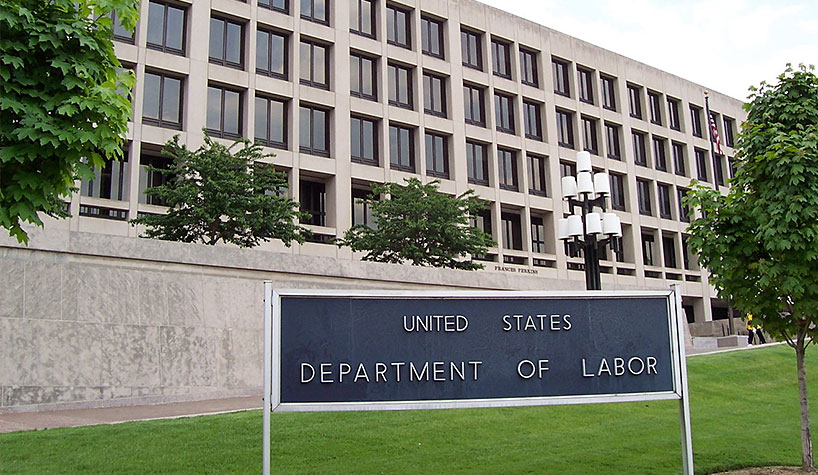 WASHINGTON—The U.S. Department of Labor has issued a Notice of Proposed Rulemaking (NPRM) to revise and clarify the responsibilities of employers and joint employers to employees in joint employer arrangements.

The Fair Labor Standards Act (FLSA) allows joint-employer situations where an employer and a joint employer are jointly responsible for the employee’s wages. This proposal would ensure employers and joint employers clearly understand their responsibilities to pay at least the federal minimum wage for all hours worked and overtime for all hours worked over 40 in a workweek.

The Department proposes “a clear, four-factor test” that it says is based on well-established precedent, which would consider whether the potential joint employer actually exercises the power to:

The proposal also includes a set of examples that would further help to clarify joint-employer status. In one example, a franchisor provides its franchisees with a sample employment application, an employee handbook and other forms. The franchisee retains sole responsibility for hiring and firing, setting pay rates, controlling the conditions of employment and maintaining records. In another example, a large company imposes a code of conduct and a wage floor as a condition to being part of its supply chain.

According to an analysis by Jeffrey W. Brecher, principal, and Brendan Sweeney, of counsel, with law firm Jackson Lewis P.C., neither of these situations give rise to joint-employer liability, the NPRM says, because the potential joint employers do not exercise direct or indirect control over the employees.

Sweeney said that the proposed regulations are the Department of Labor’s interpretation of the FLSA. “The regulations are not binding on courts,” he said. “A franchisor who is considering changing its practices should carefully review the applicable federal and state laws on joint-employer liability. Unfortunately, even if the proposed regulations become final, they do not create a uniform set of rules on joint-employer liability.”

The Asian American Hotel Owners Association (AAHOA) released a statement in support of the proposed rule change. “America’s hoteliers are pleased that the Department of Labor is proposing a rule to bring much-needed clarity to businesses that rely on the franchise business model,” said AAHOA Interim President/CEO Rachel Humphrey. “For an entity to be considered a joint employer, they must have control over working conditions. Making the four-part test outlined in the proposed rule part of the FLSA will help clarify joint-employment status. We look forward to the public comment period and encourage hoteliers and small business owners who employ the franchise business model to seize this moment to make their voices heard on this important matter.”