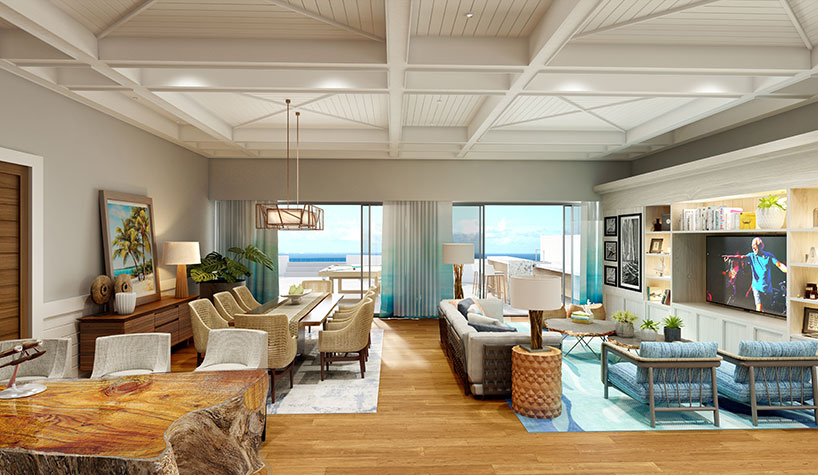 INTERNATIONAL REPORT—From far-flung luxury resorts to a pop-up hotel in Texas to a brand debut in Atlanta, new properties are in the works to meet the demands of a growing travel market. Here’s a look:

WhyHotel, an alternative lodging service that operates pop-up hotels in newly built, luxury apartment buildings, revealed plans to launch a new pop-up hotel in Houston, highlighting the company’s first location outside of the East Coast. The pop-up will be launched in partnership with Camden Property Trust and is scheduled to begin accepting its first guests in late 2019, with the pop-up hotel running through late 2020.

The new Houston pop-up will have approximately 100 units at Camden Downtown, located at 1515 Austin St. in downtown Houston. Camden’s newest Houston development community, a 21-story, 271-unit residential high-rise positioned next to the Toyota Center and less than one mile from the George R. Brown Convention Center, will offer residents and hotel guests a fitness center, bar and dining spaces, as well as common area lounges.

Situated at 40 Boulevard NE, the 125-room Motto by Hilton Atlanta Old Fourth Ward is part of Waldo’s, an $80-million, modern, mixed-use development project, which will also include 13,000 sq. ft. of food and beverage space, 120,000 sq. ft. of commercial space and 10 residential units.

The development will include a speakeasy, full-service restaurant and food stalls in the courtyard. The space will be designed by global architecture firm TVSDESIGN, with the hotel interiors designed by HBA.

My Place Fans Will Soon Have a Hotel in Arizona

The new-build, four-story, 63-unit hotel will be located at 915 N. Avondale Blvd. Developed by MP Avondale LLC., My Place is the first hotel in the Avondale City Center District.

My Place Avondale is expected to open early next year and will have a new exterior design that underscores its surroundings ,as well as amenities beyond the typical My Place offering, including an outdoor pool and fitness center.

Shaner Silver Spring Hotel LLC, a partnership between Shaner Hotels and Quarryville, PA-based Paul Risk Construction, broke ground on the 108-room Fairfield by Marriott Mechanicsburg in Pennsylvania. The hotel is expected to open during the third quarter of 2020. Pennian Bank, based in Mifflintown, PA, provided the construction financing.

Construction Is Underway on the Cambria Fort Lauderdale Beach

Hotel franchisor Choice Hotels International Inc., developer Hotel Motel Inc., and property manager Meyer Jabara Hotels (MJH) broke ground on the five-story, 104-room Cambria in Fort Lauderdale, FL. It is scheduled to open in 2020. The asset, located at 2231 N. Ocean Blvd., will be one of the only hotels within walking distance to public beaches in the city’s North Beach area.

The Harpeth to Open in Franklin, TN

Valor Hospitality Partners revealed plans to open the 119-room The Harpeth Hotel, A Curio Collection by Hilton, in the heart of historic Franklin, TN, in August. The hotel will offer spacious rooms, an upscale chef-driven restaurant, European-style street café, more than 5,000 sq. ft. of meeting space and access to an in-complex day spa—A Moment’s Peace Salon and Day Spa.

In-room amenities will include 55-in. LCD TVs, upgraded bathrooms with oversized showers and tubs, plush robes and slippers, and more. The Harpeth will also be home to 1799 Kitchen & Cocktails and McGavock’s Coffee Bar & Provisions.

Noble Investment Group broke ground on the Element by Westin Nashville. Located in the West End neighborhood of Nashville, TN, the hotel will be the brand’s debut in the city and will open in 2020.

The Element by Westin Nashville will be LEED certified and will have 175 guestrooms and suites, an outdoor terrace with an infinity pool, and street-level retail and dining.

Propst Development, Chartwell Hospitality LLC and Hilton signed the Conrad Nashville, which is slated to open in 2021. The 237-­room Conrad Hotels & Resorts hotel will anchor one of the two towers at Broadwest, the new $540-­million, urban mixed-­use community, which will also include Class AA office space, upscale retail offerings and high­-end condominiums in Nashville, TN.