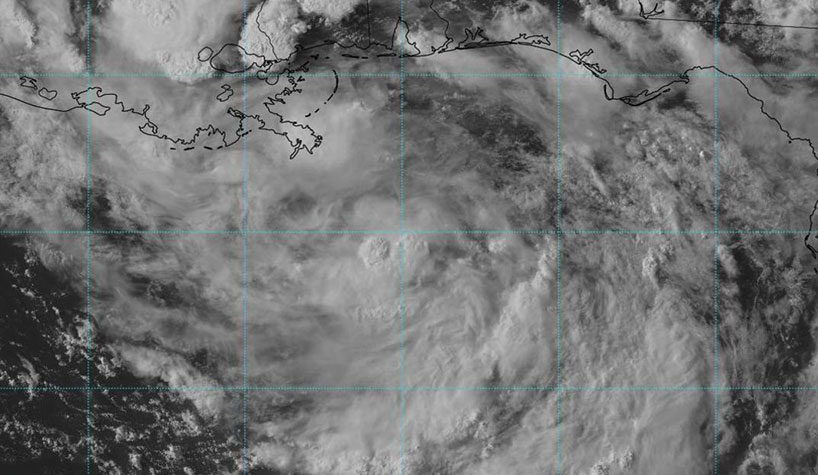 NEW ORLEANS, LA—Hoteliers are readying for Tropical Storm Barry as it churns toward the Louisiana coast on Friday, threatening to drop as much as 25 inches of rain in some areas. It is expected to make landfall late Friday or early Saturday, according to the National Hurricane Center.

Hurricane warnings have been issued for the Louisiana coast from Intracoastal City to Grand Isle. “This is a life-threatening situation,” said a spokesman for the National Hurricane Center.

The Trump administration has declared a state of emergency, authorizing the Department of Homeland Security and Federal Emergency Management Agency to coordinate disaster relief efforts. The Louisiana National Guard has activated up to 3,000 soldiers and airmen ahead of the storm. Officials say high-water vehicles and boats have been staged and helicopters are ready to support as needed. In addition, 180 school buses and 150 tour buses were staged in Kenner, Gonzales and Lafayette for evacuations, according to reports.

In Baton Rouge, hoteliers at the Renaissance and the Watermark are gearing up for the storm by bringing in 2,000-kilowatt generators to power the buildings if the city loses electricity, according to local developer Mike Wampold, who owns both hotels, in a report with the Greater Baton Rouge Business Report. “We’re bringing in generators to power the hotels starting this afternoon through the weekend in case of power outages in Baton Rouge,” Wampold said.

The massive generators have been shipped on 18-wheelers, he noted, adding that the Renaissance and Watermark have built-in adaptations for this purpose. “We built both hotels with a big port wired into the building, with cables and so forth, where we can power up the whole building,” Wampold said.

The hotels will still charge regular rates for those looking for accommodations during the storm.

Elsewhere, other hotels are feeling the early impact of Tropical Storm Barry.

“We’ve experienced quite a few cancellations,” said Ben Turner, general manager of the Chateau LeMoyne French Quarter on Dauphine St. in a report with Nola.com. “We were projecting to be pretty close to full for the weekend, especially with the Rolling Stones in town, but right now we’re at about 60% occupancy. Right now, we are offering free cancellation and offering refunds if a guest prepaid. We don’t want to cause any problems for guests who planned to stay with us over these few days.”

Days Inn, located on 11th St. in Beaumont, has more than 60 rooms available this weekend and will be ready to accommodate, according to a 12News report.

Marriott International is among the first of the major hotel brands to release a statement, sharing how the teams on the ground are faring:

“We continue to closely monitor the path of Tropical Storm Barry. Our hotels in the predicted path of the storm have implemented storm preparation protocols. The safety of our guests and associates is always a top priority at Marriott,” said a spokesperson for Marriott International. “In addition, we are in close contact with local authorities and, as always, will take guidance and direction from them as the situation warrants. We encourage those planning to travel to the storm area to check the news for the most current information and amend plans accordingly. Hotels in the impacted area are reviewing their cancellation fees; details may vary by hotel.”