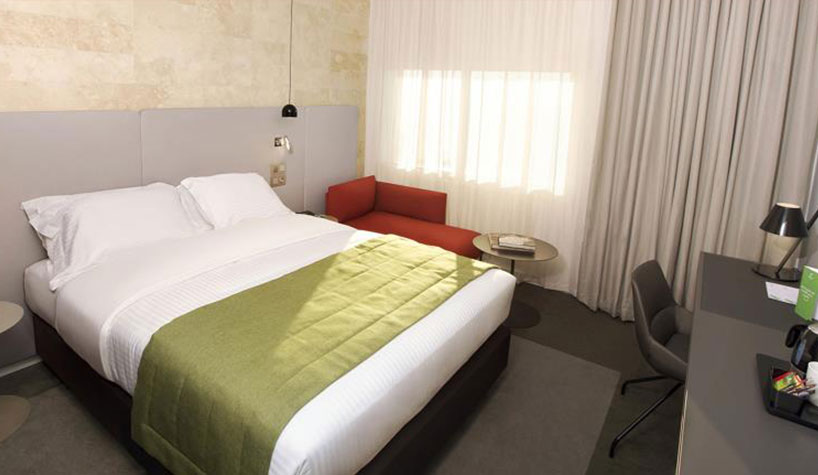 INTERNATIONAL REPORT—InterContinental Hotels Group (IHG), has opened two new properties, including the first Holiday Inn in Algeria, and signed an agreement to open a Hotel Indigo in Venice, Italy.

The opening of the Holiday Inn Algiers – Cheraga Tower marks the company’s debut in Algeria, and with this addition, IHG now has 25 operational hotels across nine countries in Africa.

The hotel has 242 rooms and is located west of Algiers, close to international business centers and embassies. It is the tallest building in Algiers, offering a panoramic view of the city.

The hotel offers a selection of family-friendly dining options with two restaurants including Le 101, located at the top of the hotel with a view of the city, and an all-day dining restaurant Ikosium. Additionally, beverages and snacks are served at LLB (lobby lounge bar) and La Terrasse.

In addition, there is a “wellness floor” consisting of a fitness center, an indoor pool, an outdoor pool, Hammam (Turkish bath), sauna, and a treatment and massage center.

The hotel has a business center, gym and meeting rooms, and free high-speed internet access. It was built by FDC Constructions and Fitout.

“The hotel offers our valued members and their families, as well as the wider rugby league community, visitors and tourists an entirely new and modern accommodation option,” said St Marys Rugby League Club CEO Rod Desborough. “The hotel, combined with the St Marys Leagues Stadium, Skypeak Adventures, Go Bananas, the club’s existing facilities and the exciting plans for the future will ensure that the St Marys Rugby League Club Complex is a major tourist destination for Greater Western Sydney and the realization of a long-term dream for the club.”

IHG also signed the Hotel Indigo Venice – Sant’Elena. It is the third Hotel Indigo to be signed in Italy and will operate under a franchise agreement with H.n.H. Hotels & Resorts S.p.A.

Due to open in 2019, Hotel Indigo Venice – Sant’Elena is located next to the canal ‘Rio Sant’ Elena’ within walking distance to the Castello district, a short distance from St. Marco Sq.

Converted from a convent built in the 1930s, the 77-room hotel will be composed of two wings joined in the center of the property by a former chapel. The hotel will have an interior courtyard and large windows with high ceilings, which draw inspiration from the local neighborhood and existing architecture.

Radisson, IHG Brands Make Their Debuts Abroad INTERNATIONAL REPORT—Radisson Hotel Group and IHG have opened hotels in new locations abroad. They are: Radisson…
IHG, Radisson Expand Footprints Abroad INTERNATIONAL REPORT—IHG and Radisson Hotel Group have added properties abroad in Poland, Hungary, the U.K. and…
Hotel Activity Heats Up Southeast Asia INTERNATIONAL REPORT—Hotel activity is on the rise in Southeast Asia with two signings in Vietnam and…
Hotels in the works abroad for W, Regent and Six Senses brands Hotels in development abroad include a W hotel in a new entertainment development in Macau, a…