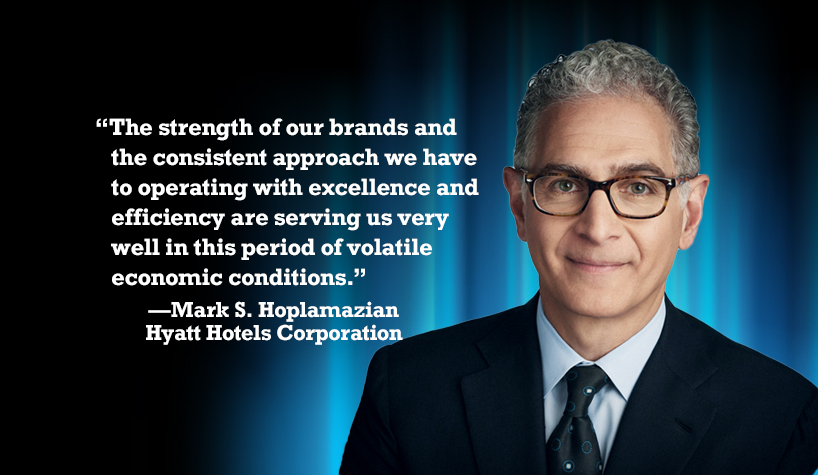 “The strength of our brands and the consistent approach we have to operating with excellence and efficiency are serving us very well in this period of volatile economic conditions,” said Mark S. Hoplamazian, president/CEO, Hyatt Hotels Corporation. “In particular, our management and franchise fee growth of nearly 11% this quarter is driven by roughly 13% year-over-year net rooms growth. Further, we have successfully increased productivity and operating efficiency for 23 straight quarters, which has allowed us to maintain strong hotel operating margins even in the face of flat RevPAR growth this quarter.”

Net rooms growth was 13.2%, or 7.9% excluding the acquisition of Two Roads Hospitality LLC in the fourth quarter of 2018. Comparable owned and leased hotels operating margin decreased 20 basis points to 21.0%.

“We continue to execute on our capital strategy and shift our earnings profile while maintaining our focus on global growth,” Hoplamazian. “We expect to end the year with approximately 57% of our earnings coming from our hotel management and franchise business, an increase of roughly 400 basis points from 2018. Our pipeline remains robust while continuing to deliver solid organic net rooms growth of almost 8% this quarter, net of the acquisition of Two Roads in the fourth quarter of 2018. While the current global operating environment is challenging, we feel confident in our ability to manage through volatility and identify opportunities to strengthen our brands and performance.”