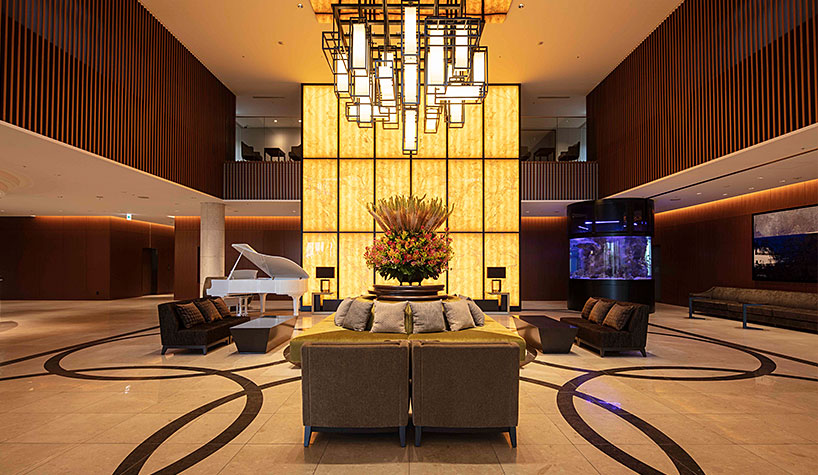 INTERNATIONAL REPORT—Asia has seen a number of openings recently, including debuts for Hyatt Place, SureStay and CitizenM.

The 10-story hotel has 363 guestrooms, including three suites, 2,110 sq. ft. of meeting space, an all-day dining facility and a 24-hour gym. Japanese fashion designer Junko Koshino designed the colleague uniforms and produced key art for the interior of the hotel.

Located in Urayasu City in Chiba Prefecture, the hotel is 30 minutes by train or car from central Tokyo, offering a resort-like atmosphere with views of Tokyo Bay. The hotel is also located between both of Tokyo’s airports. The property is also less than 2.5 miles from Tokyo Disney Resort.

AC Luxe Angeles City is the first for the brand in the Philippines.

The property has 56 guestrooms, an outdoor pool, a restaurant and business services. It is located on Surla St., one of the main thoroughfares in downtown Angeles City, and is surrounded by popular attractions including the SM City Clark mega-mall, PAGCOR casino and Fields Avenue.

Developed by Tambayan Hospitality Group Inc., the hotel is operated under a franchise agreement with SureStay Hotel Group and Best Western.

Best Western now operates seven hotels in the Philippines under three brands: Best Western, Best Western Plus and SureStay Plus. This new opening also marks the group’s second hotel in Angeles City and its third in Pampanga province.

The CitizenM Kuala Lumpur Bukit Bintang hotel in Kuala Lumpur, Malaysia, is the first for the brand in the country.

The hotel is named after the district it calls home: the buzzing shopping, entertainment and dining destination within the Golden Triangle, an “epicenter” of food, fashion and fun, with the city’s temples and street markets.

The 210-­key hotel includes artwork by local artists, mixed with pieces from around the world, such as Azizi Latiff and Afiq Faris. It also has Society: three meeting spaces that have nothing to do with traditional beige boardrooms. The largest SocietyM room will be set up theater-style for up to 40 participants (with a full-size whiteboard wall to write their ideas upon), while two smaller rooms will seat up to 14 people each.

The Ritz-Carlton, Xi’an has opened in one of China’s most historic cities, and the home of the country’s legendary 2,000-year-old Terracotta Warriors.

Owned by Zhongda. Zhongfangxin Proprietary Company Ltd., the hotel is located in the business center of the Gao Xin District, and has unique access to a variety of historical and cultural sites, including the Terracotta Warriors, Great Wild Goose Pagoda and old City Walls. Designed by Remedios Studio, the hotel is imbued with a spirit of timeless luxury that reveals the distinctive soul of the city. Interiors pay homage to the architecture, history and culture of Xi’an through patterned motifs created by local artisans that offer a thoughtful path towards discovering the hidden parts of the destination.

The hotel’s 283 guestrooms include 31 contemporary suites, designed as refined and relaxing sanctuaries.

Inspired by the city’s natural surroundings and heritage, Kempinski Hotel Hangzhou is now open in China.

The hotel is located within a large mixed-use complex, including shopping, residential and office units, and flanked by historical blocks, and museums as well as the landmark Gongchen Bridge. It has 344 rooms and suites across nine room categories, including 132 with Grand Canal views, Kempinski Hotel Hangzhou has 83 suites, which is the largest number in the city.

Designed by ACID Singapore, the 14-story hotel incorporates the property’s natural surroundings into its design. The gentle curves of the open-plan guestrooms, cool timber flooring and elegant finishing reflect the bends of the Grand Canal, as well as the tranquility and fluidity of water. Inside, there’s a larger-than-life chandelier in the lobby, inspired by the snow-tipped branches of willow trees that dot the banks of the West Lake. Sheer, hand-painted fabrics, each embroidered with images of Tang Dynasty court ladies weaving Hangzhou silk, adorn the sliding panels on the wall, a subtle nod to the area’s history.

Celebrated as one of the top 10 tourism projects in Yunnan province, the 11,700-acre park is China’s first tourist attraction devoted to the preservation and understanding of the Chengjiang World Heritage Cambrian fossil site.

As part of the project, the newly unveiled hotel will provide tourists with an immersive experience combining the region’s unique historical nature and contemporary Chinese culture within the surroundings of Fuxian Lake, the biggest highland freshwater lake in China known for its mysterious ancient underwater city.

The 30-story, 456-key property pays tribute to the traditions and royal heritage of Bengal through its architecture and design. Built with an investment of approximately $200-million investment, the hotel will redefine Kolkata’s hospitality landscape making it a preferred destination for luxury business and leisure travelers in addition to the global MICE market, according to developers.

Located in the business district of Kolkata, the hotel has 374 rooms and suites, 82 serviced apartments, five restaurants, 61,000 sq. ft. of meeting and convention spaces and a 24,000-sq.-ft. Kaya Kalp – The Royal Spa.