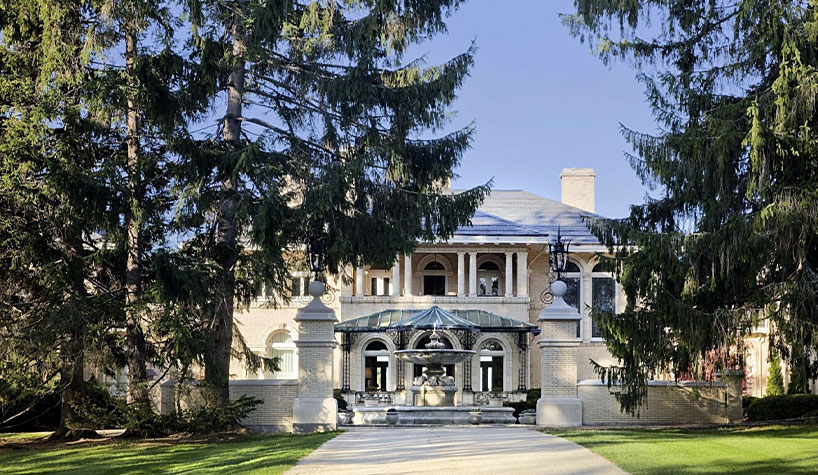 Properties in Massachusetts and Texas are under new management. Here’s a look:

The Wheatleigh sits on 22 acres of countryside and was originally built in 1893 by Henry H. Cook as a wedding present for his daughter, Georgie, who married Carlos de Heredia, a Spanish count. Cook was a New York financier and descendant of Captain Thomas Cook, founder of Portsmouth, R.I., and the son of Constant Cook, who helped build the Erie Railroad.

Wheatleigh was designed by Boston architectural firm Peabody and Stearns based on a 16th century Florentine palazzo, with materials and more than 150 artisans brought from Italy to accomplish the intricate carvings featured on both the interior and exterior of the property. Frederick Law Olmsted, the landscape architect who designed Central Park in New York, was responsible for creating “Wheatleigh Park” on the land surrounding the palazzo, which has been immaculately maintained ever since.

Since taking over management in November, the management company reports that it has increased RevPAR by 76% over the prior operator’s “pre-COVID” performance, decreased operating expenses by 32% on an apples-to-apples basis and simultaneously increased guest satisfaction scores.

The Dallas property joins Hotel Colee, the addition to Marriott’s Autograph Collection that opened in December 2020 in the Buckhead district of Atlanta, in Practice Hospitality’s growing portfolio. That Georgia hotel marked the company’s debut as a manager.

The hotel has 230 guestrooms, a rooftop heated pool, a fitness center available by appointment and more than 10,000 sq. ft. of meeting and event space.