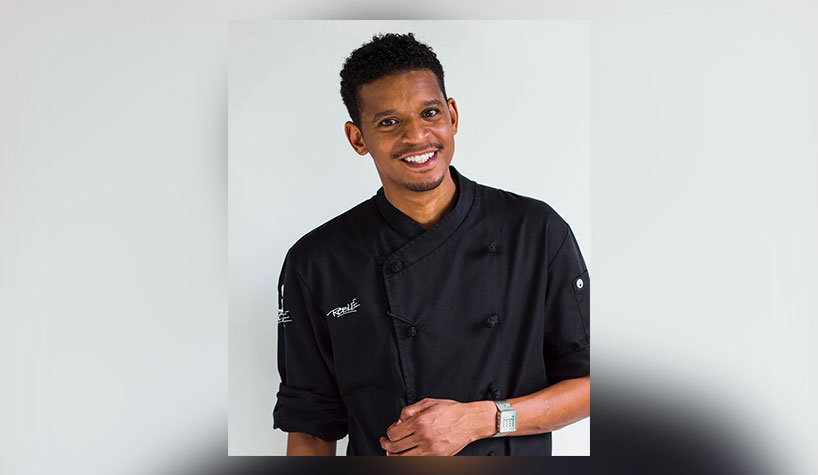 INTERNATIONAL REPORT—Hotels around the world are beefing up their food and beverage programs with recent personnel appointments. These new additions will be overseeing operations, bringing creativity and experience to hotel kitchens:

Roblé Ali, founder/executive chef of Roblé & Co. in New York, will begin a residency at Brooklyn’s The Tillary Hotel. Roblé and his team will oversee the food and beverage program at the Brooklyn boutique hotel, with a new menu for the café and bar and a seasonal craft cocktail program. They also will handle all private events at the hotel. The venture will be managed by Eat Afrique, Roblé’s hospitality group that oversees Roblé & Co.

James Martin, a Washington, DC native who most recently led the kitchen at A10 in Hyde Park, has joined 20 East at The Talbott Hotel in Chicago as the executive chef. Martin has worked at Vidalia in DC, Four Seasons Washington DC, North Pond in Chicago and Jean-Georges in New York City.

The Charter Hotel Seattle, Curio Collection by Hilton, has welcomed Anthony Clark as its new executive chef, bringing with him a decade of culinary experience and leadership roles spanning from San Sebastian, Spain, to several Seattle hot spots. In his role, Clark will oversee the property’s full culinary program, including driving the grill­-forward menu at Patagōn, marrying traditional Argentine dishes and cooking techniques with fresh Pacific Northwest ingredients. He’ll continue to support the Fog Room’s bar program and establish a catering program for meetings and events.

Hyatt Regency Los Angeles International Airport (LAX) has appointed Charlie Gold executive chef of all food and beverage outlets at the hotel, including unity la restaurant, market and bar, as well as all meeting and event catering operations of the 580-­room hotel. Gold is responsible for overseeing all culinary operations at the hotel. Gold brings to Hyatt Regency LAX more than 15 years of experience in the kitchen, as well as directing food and beverage operations at properties around the globe.

Hotel Casa del Mar, an Edward Thomas Collection property in Santa Monica, CA, has appointed Diego Ruiz de Porras as the property’s director of food and beverage. In his new role, Ruiz de Porras will manage all culinary operations for the hotel, including overseeing service and guest experience at Catch American Seafood and all­-day­ dining concept Terrazza Lounge. Ruiz de Porras will bring more than a decade of global experience in the culinary industry to Hotel Casa del Mar after leading food and beverage teams at Jean­-Georges at Waldorf Astoria Beverly Hills, among others.

The Adolphus in Dallas welcomes Ruben Toraño as its new executive pastry chef. Toraño will oversee the pastry program for the entire hotel including menu development for The French Room, City Hall Bistro and Otto’s Coffee & Fine Foods. Toraño will also lead the pastry program for all banquets and events. Toraño brings more than 23 years of industry experience to the table, working with concepts such as Nobu, The Hilton Anatole, Hotel ZaZa and Headington Companies where he opened The Joule, and most recently, Commissary.

Conrad Bora Bora Nui has appointed Guillaume Galvez as executive chef of the French Polynesian resort. In his new role, Galvez will oversee all food and beverage operations for the resort’s six dining outlets and use his global perspective to create new menus for Iriatai French Restaurant and Tamure Beach Grill. Galvez comes to Conrad Bora Bora Nui from Kempinski Hotels in Mongolia, where he served as executive chef.

Chef to Debut at Raffles Singapore

Anne-Sophie Pic makes her debut into Asia with La Dame de Pic, Raffles Singapore. Previously home to Raffles Grill, this signature dining space at Raffles returns restored and refreshed with La Dame de Pic at Raffles Singapore. Pic hails from a lineage of chefs with the Pic family’s culinary heritage beginning since their first restaurant started in 1889. As a third-generation Michelin-starred chef, Pic follows in the footsteps of her father and grandfather.