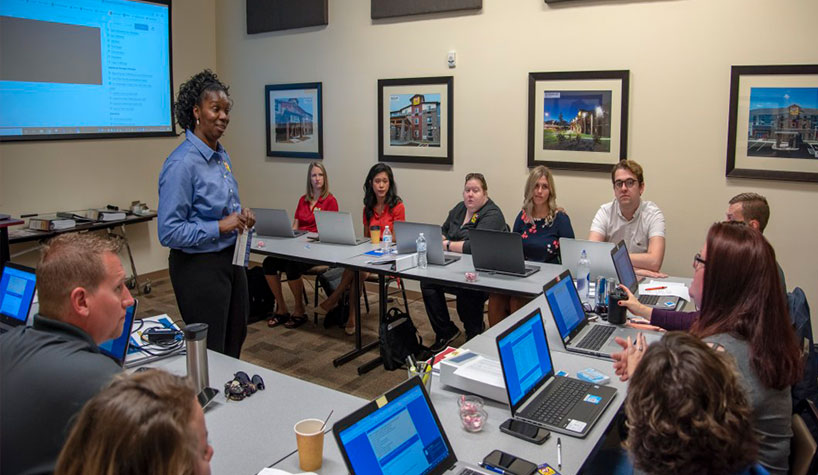 NATIONAL REPORT—During Human Trafficking Awareness Month, hotels are conducting training and providing resources and programs for staff. Here’s a look at the recent efforts to combat the issue:

Since announcing its partnership with BEST back in June, the brand has maintained a 100% completion rating of BEST’s “Inhospitable to Human Trafficking” training across the brand’s network of general managers and headquarters team members. As a part of the training week, the brand looks to further expand its efforts to encourage all hotel staff to complete BEST’s training. My Place Hotels’ operators can also expect to train on a variety of additional topics.

IHG Continues Fight Against Human Trafficking in the Americas

IHG has intensified its ongoing effort to fight human trafficking. The company has introduced new programs, tools and resources for colleagues to increase awareness and aid prevention of human trafficking, including a free training available to all IHG-branded hotels worldwide, including more than 4,200 properties in the Americas.

Most recently, in December, IHG hosted dozens of colleagues from local Georgia hotels for a group training and discussion at the Crowne Plaza Atlanta Perimeter at Ravinia, located near the company’s Americas headquarters in Atlanta. During the event, attendees learned about the work to fight human trafficking in Georgia from First Lady Marty Kemp, as well as support and assistance programs available for survivors from Mary Frances Bowley, founder and executive director of nonprofit Wellspring Living. Since its launch in summer 2019, colleagues in more than 2,300 hotels across the U.S., Canada, Latin America and the Caribbean have completed IHG’s online anti-human trafficking training. The company expects colleagues in all IHG-branded hotels in the region to have completed the training by March 2020.

Additionally, IHG continues to work closely with a variety of organizations such as the American Hotel & Lodging Association (AHLA), Asian American Hotel Owners Association (AAHOA) and Georgia Hotel & Lodging Association (GHLA) to share best practices, coordinate efforts and attack the issue on all levels. The company has also engaged in additional collaborative efforts, such as commitments to ECPAT and the criteria of The Code, as well as the AHLA 5-Star Promise. IHG also actively supports nonprofit organizations that provide essential goods and services to support the recovery of human trafficking survivors, and coordinates regular volunteer opportunities for colleagues.

To prepare for Super Bowl 54 in South Florida, the hotel industry convened an anti-trafficking summit Thursday at the Fontainebleau resort in Miami Beach and trained employees how to recognize and report criminal behavior. Miami-Dade County, a major hub of trafficking in Florida, will host the sporting event on Feb. 2 at Hard Rock Stadium in Miami Gardens.

Hoteliers from the AHLA have created the “No Room for Trafficking” campaign in partnership with advocacy organizations and law enforcement authorities to educate employees on how to be vigilant and identify signs of trafficking. The FBI made 169 arrests related to human trafficking before last year’s Super Bowl in Atlanta and 110 arrests in Minneapolis before the 2018 game. Calls to trafficking hotlines increased 23% before last year’s Super Bowl, and two dozen victims were rescued in Atlanta, including five children on one day as a result of tip calls from hotels.

Industry fight against human trafficking continues In advance of World Day Against Trafficking in Persons Day on July 30, the hotel industry…
Radisson Partners with ECPAT-USA Against Human Trafficking MINNEAPOLIS—As part of the company’s responsible business strategic initiatives, Radisson Hotel Group has partnered with ECPAT-USA,…
Hotels Make Strides in Sustainability INTERNATIONAL REPORT—Hotel companies and properties are increasing their sustainability efforts. Here's a closer look at the…
Hospitality Leaders Make Strides in Wellness INTERNATIONAL REPORT—What's new in the world of wellness? These hospitality companies are opening wellness retreats and…