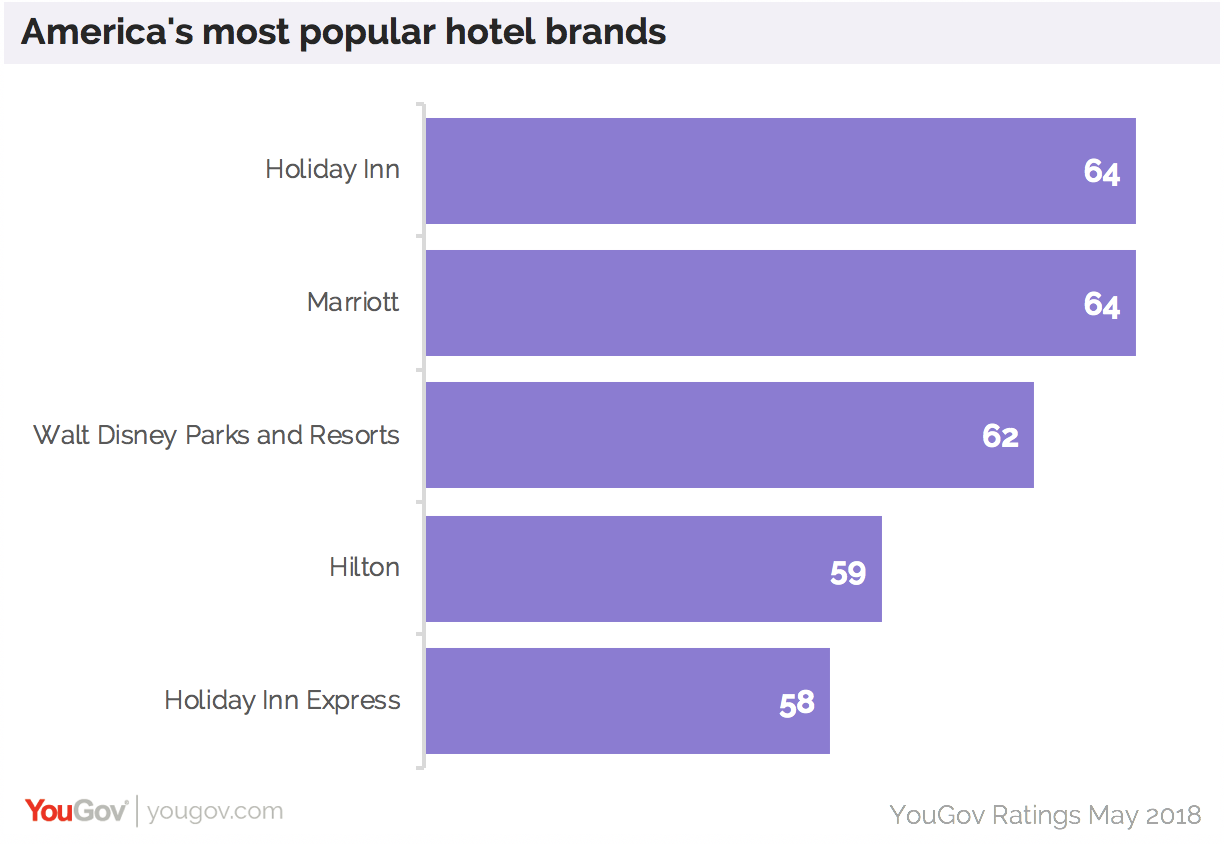 At the top of the list sit Holiday Inn and Marriott, of which 64% of Americans say they have favorable opinions of.

NATIONAL REPORT—Despite the rise of a sharing economy, Americans are still more likely to book hotels (46%) as travel accommodations than book a short-term rental (8%) through a shared-service provider like Airbnb. Here’s how Americans rank the most popular hotel brands, according to YouGov Ratings.

At the top of the list are Holiday Inn and Marriott, of which 64% of Americans say they have favorable opinions. Walt Disney Parks and Resorts (62%), Hilton (59%), and Holiday Inn Express (58%) round out the other popular hotel companies in this top five list.

Members of a hotel loyalty program—28% of Americans—have different opinions of what this list should look like. According to these hotel program members, the top spots belong to Marriott (75%) and one of its lines, Courtyard by Marriott (73%). This group is also likely to have a favorable opinion of Hilton (70%) and Hampton Inn (70%), which Hilton also owns, followed by Holiday Inn (69%).